Four rounds of new U.S. sanctions in Russia in 2018 have taken a toll on Russian M&A activity, which was almost flat in terms of value in 2018, totaling $22.8 billion across 153 transactions, compared to $23.1 billion (178 deals) in 2017, Intellinews reports citing data from Mergermarket.

The Russian situation was out of step with the rest of Central and Eastern Europe (CEE), which saw M&A volumes rise on the back of booming economic growth.

The slowdown in mergers and acquisitions was particularly bad in the second half of 2018, which put in the lowest second-half deal value result and deal count since 2002, Mergermarket reports, with only $6.6 billion (29% of total annual activity) across 74 deals.

The Energy, Mining & Utilities was the most active sector for deals in 2018, accounting for just under a third (29.8%) of all deals, although it too declined sharply compared to previous years, with the second-lowest annual value ($6.9 billion) and the lowest deal count (19) since 2002 ($3.5 billion, 12 deals).

Russia has always exported more capital than it imports as Russian businesses invest in the so-called “near abroad” countries. The majority of outbound investments were made by corporates and private investors (10 deals) while almost 60% of deals conducted by local institutional investors outside the region (seven deals) targeted the technology sector (four deals), Mergermarket writes.

Russia to Use Other Opportunities if Disconnected From SWIFT, Deputy Foreign Minister Says

Russia Warns U.S. Warships to Steer Clear of Crimea ‘for Their Own Good’ 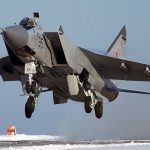