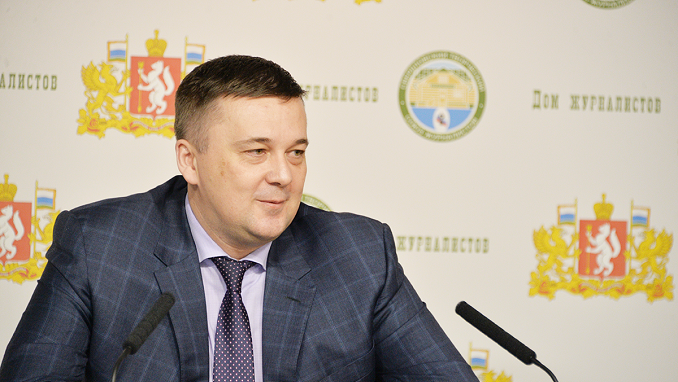 The Minister of International and Foreign Economic Affairs of Russia’s Sverdlovsk Region Vasily Kozlov praised Azerbaijan as an important trade and economic partner of Russia in the South Caucasus, according to Trend news agency.

Speaking to reporters in Azerbaijan’s capital Baku, Kozlov noted that about 50 percent of Russia’s trade with the countries of the region accounts for Azerbaijan – about 700 companies with Russian capital operate in the Caucasus country.

Representatives of 600 Russian and Azerbaijani companies gathered for a bilateral business forum held in Baku on Thursday.

Azerbaijan’s Deputy Economy Minister of Azerbaijan Rufat Mammadov said the two countries are “building up mutual cooperation and are aiming at increasing mutual investments.” The official noted that Russia has invested about $4.7 billion in the economy of Azerbaijan.

“The volume of Azerbaijani investments in the Russian economy amounted to $1.2 billion. In 2018, trade turnover between Russia and Azerbaijan increased by 19 percent to $2.5 billion,” Mammadov said.

According to him, the trade turnover between Azerbaijan and the Sverdlovsk region of Russia increased by 83 percent to $95 million in 2018. This year, it is planned to increase the trade volume to $100 million, he added.

Mammadov noted that the relations between Azerbaijan and Russia are strategic, both countries are interested in further deepening bilateral ties in all areas of the economy, trade, education and others fields.

“Numerous cooperation agreements between our countries also confirm this. In particular, we are aiming at strengthening cooperation with the Sverdlovsk region of the Russian Federation, which is also supported by the agreements on bilateral cooperation signed yesterday in the fields of education, science, trade and others,” the deputy minister said.