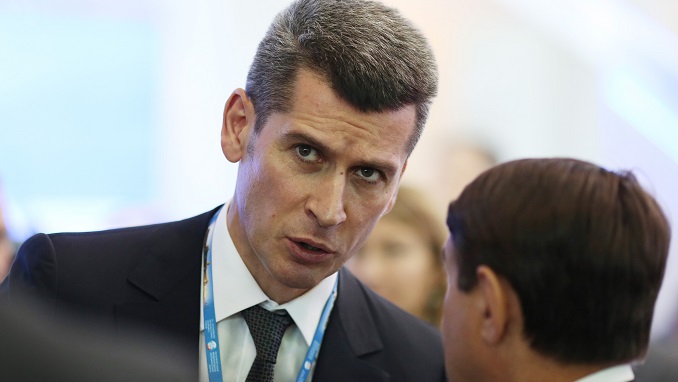 Russia’s shipping and construction conglomerate Summa Group, which is managing the assets of arrested Russian tycoon Ziyavudin Magomedov, is negotiating the sale of the Nakhodka port with structures close to another oligarch, Dmitry Bosov, Vedomosti business daily reports.

According to four people close to various sides of the negotiations, another businessman, Roman Trotsenko, has taken interest in the asset estimated at $23 million. However, no binding documents have been signed as of now, a source close to one of Bosov’s structures said.

“Potentially, the port can be interesting, though whether it is reasonable to acquire it now is disputable,” he explained, adding “the port’s throughput is challenged by the capacity of railways.”

Moreover, the potential deal can be challenged by the fact that Magomedov has been under arrest since March. The Tverskoy Court indicted the businessman, his brother Magomed Magomedov and Artur Maksidov for two months on suspicion of embezzling over 2.5 billion rubles ($43.7 million).

The investigation has asked to extend for their detention until August 5. According to political analyst Alexei Makarkin, a transaction like the proposed one can only happen if the authorities approve it.

“No Russian company would even consider it without a preliminary discussion with the state,” he added.

A representative of Summa Group denied the information regarding preparations for the deal, the paper says.

english dubbed anime. AnimeHeaven is the best animes online website, where you can watch anime online completely free. No download, no surveys and only instant premium streaming of animes.

AnimeHeaven The Misfit of Demon King Academy: History’s Strongest Demon King Reincarnates and Goes to School with His Descendants

Russian Energy Giants Lukoil, Novatek among Most Profitable for Investment

VTB Interested in Buying the Retail Business of Citibank