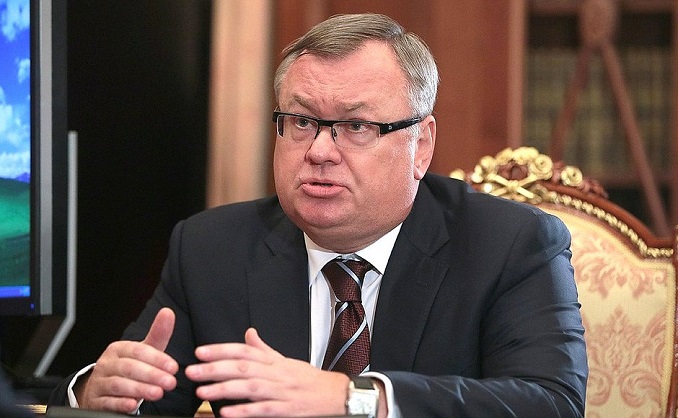 VTB, which is one of Russia’s biggest banks and is majority-owned by the Russian government, has been targeted by a series of Western sanctions imposed over Moscow’s role in the Ukraine conflict.

“Greetings, knights of the VTB galaxy!” Kostin said to investors at this year’s financial reception, wearing the Jedi robe of Obi-Wan Kenobi from the Star Wars saga, as seen in a video posted by the RBC news website Wednesday.

“The Death Star has repeatedly tried to intimidate the Republic with sanctions and attack the entire investment galaxy,” Kostin is heard saying, referring to Russia’s economic reality of the past four years.

A close-up of Darth Vader’s mask then appears on screen, with a friendly melody from a classic Soviet animated series playing in the background.

At last year’s conference, Kostin was photographed in Stalin’s full generalissimo regalia under the “Investors of the World Unite” banner in October 2017. Yury Solovyov, who runs VTB’s corporate and investment business, appeared alongside Kostin dressed as Stalin’s successor, Nikita Khrushchev.

Solovyov, who was dressed as Luke Skywalker at the opening of this year’s conference, alluded to the VTB chief executive’s Stalin costume last year, to which Kostin replied:

“It was a good old classic, but today investment Jedi armor is on us because times have changed.”

Russian GDP Grows by 2% in January year on year: Economy...