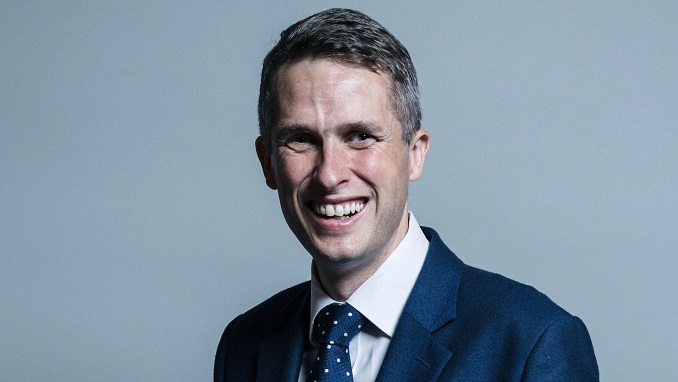 “What they are looking at doing is they are going to be thinking ‘How can we just cause so much pain to Britain?’. Damage its economy, rip its infrastructure apart, actually cause thousands and thousands and thousands of deaths, but actually have an element of creating total chaos within the country,” Defense Minister Gavin Williamson, tipped as a possible successor to Prime Minister Theresa May, was quoted as saying.

The statement will further strain the already tense relations between Russia and Britain. Prime Minister May last year accused Moscow of military aggression and in December, Foreign Secretary Boris Johnson said there was evidence showing Russian meddling in Western elections.

The Kremlin, which under Vladimir Putin has clawed back some of the global influence lost when the Soviet Union collapsed, has denied meddling in elections in the West. It says anti-Russian hysteria is sweeping through the United States and Europe.

Williamson said Russia was looking at ways to attack Britain.

“Why would they keep photographing and looking at power stations, why are they looking at the interconnectors that bring so much electricity and so much energy into our country,” he was quoted as saying.

“If you could imagine the domestic and industrial chaos that this would actually cause. What they would do is cause the chaos and then step back.”

“This is the real threat that I believe the country is facing at the moment,” he said.

The Russian Defense Ministry said on Friday that Williamson’s comments showed he had lost his understanding of what was reasonable, RIA news agency reported.

“It is likely he has lost his grasp on reason,” RIA quoted ministry spokesman Igor Konashenkov as saying.