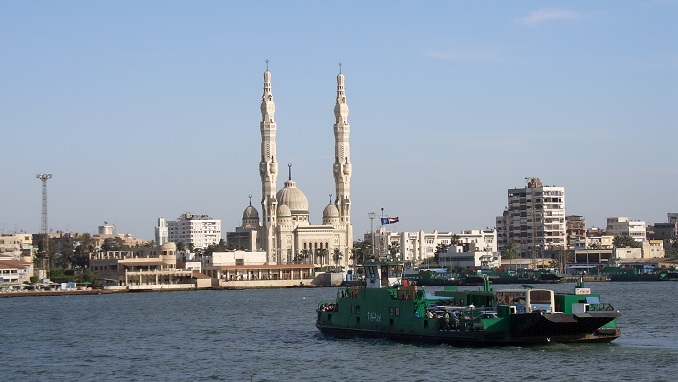 The chairman of the Suez Canal Authority, Mohab Mamish, said that his four-day visit to Russia, set to start on Sunday, will include finalizing negotiations to establish a Russian industrial zone east of Port Said, RIA news agency reported.

Mamish noted that negotiations with the Russian side over the past period have yielded good results, after a framework agreement was signed in Moscow in May 2018 to establish the zone, according to a SCA statement.

“The purpose of the visit is to negotiate and arrange the final points in the agreement on the launch of the Russian industrial zone. We will meet with the delegation of the Russian Export Center, which finances this project. We will also hold talks with a number of Russian companies on investment opportunities in the Suez Canal zone,” Mamish said in an interview with the Russian news agency.

The chairman, along with his accompanying delegation, is set to meet with Russia’s minister of industry and trade Denis Manturov and his deputy, with the aim of discussing mechanisms of establishing the zone on an area of 5.25 square kilometres with investments totalling about $7 billion.

“This project aims to make Egypt a platform for the export of Russian products to all world markets, as well as to the implementation of special training programs for specialists in various industrial sectors. The project will be financed by the Russian Direct Investment Fund, along with Egyptian banks,” the official added.

The support provided by the political leadership of the two countries has had a positive effect on negotiations between SCA and the Russian side, Mamish said, pointing to President Abdel-Fattah El-Sisi’s decree ratifying the framework agreement.