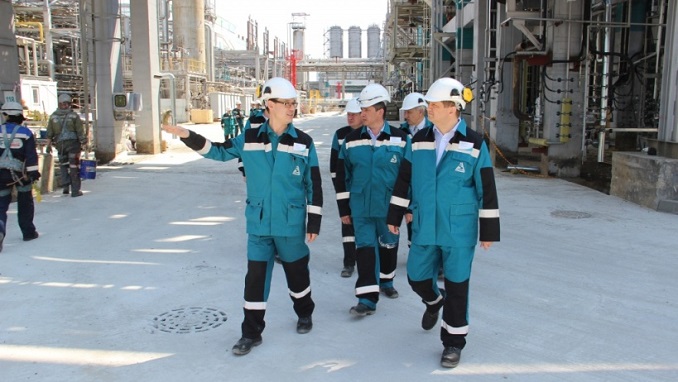 Russia’s Sibur, the largest petrochemical company in Eastern Europe, is preparing for an initial public offering (IPO) potentially worth up to $3 billion, a source from the company told Russian news outlet RBK.

According to the report, the IPO may happen before the end of the year.

Sibur has planned a share replacement on the open market for years but faced delays for various reasons. Another source familiar with Sibur’s plans said the company was looking at the possibility of an IPO in Moscow and London and may raise $2 billion to $3 billion.

A source said Mikhelson may sell part of his stake, while Timchenko and another large shareholder, Kirill Shamalov, both under U.S. sanctions, were likely to retain their shares.

The United States imposed sanctions on Timchenko in 2014 in response to Russia’s annexation of Crimea from Ukraine, describing him as a member of Russian President Vladimir Putin’s inner circle.

Shamalov, described by the U.S. Treasury as “Putin’s family associate”, was put on the sanctions list in April this year in connection with Ukraine, Syria and suspected cyber activities.

A spokesman for Timchenko declined to comment as did Sibur, which is not under Western sanctions as a company. Asked about a potential IPO, Sibur said in a written reply to Reuters that it was considering “strategic options” on how to finance its growth.

Sibur is constructing a petrochemical complex in western Siberia known as ZapSibNefteKhim, which will be one of the world’s five biggest petrochemical plants, part of a play by Russia to capture more of the value from the oil it produces.