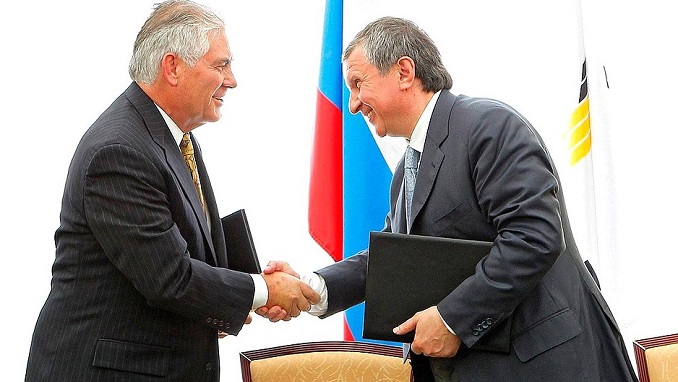 Exxon Mobil is pushing ahead with efforts to develop its $15 billion Far East Liquefied Natural Gas (LNG) project with Rosneft despite being forced to exit some joint ventures in Russia due to Western sanctions.

The plant’s capacity also could be increased from planned initial volumes, the report said citing James Grable, a manager at the Sakhalin-1 joint venture with Rosneft.

“For a capacity of 6.2 million tons per year, we need about 880 million cubic feet of gas per day,” he said, explaining that for this volume of production, the resources of the Sakhalin-1 project will be sufficient.

A final investment decision is due in 2019, they said.

Exxon and Rosneft have also held discussions about feeding gas from Sakhalin-1 fields into a planned third production unit at an existing LNG plant run by Gazprom and Shell on Sakhalin island.

Potanin Says He Could Raise Stake in Nornickel if Opportunity Arises