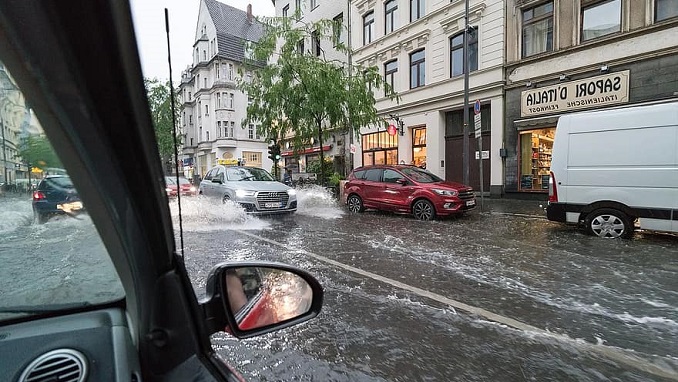 Residents of the Moscow Region July 7–8 expect a thunderstorm, rain with hail and wind with gusts of up to 22 meters per second, according to the website of the Main Directorate of the Ministry of Emergencies of Russia for the Moscow Region.

Rescuers advise to refrain from traveling and, if possible, to stay at home or at work.

“If the rain caught you on the street, do not get down into the underground passages and other buried premises. Try to take refuge in buildings located above the possible level of flooding,” the report said, Kommersant reported.

If it is impossible to leave the building, which is flooded, you need to go up to the upper floors and report your whereabouts, the Ministry of Emergencies has advised. Motorists are warned not to try to overcome the flooded areas, and in case of rapid arrival of water – to leave the car and move to a higher place.

On July 3, heavy rain fell on Moscow and the Moscow Region. It led to the flooding of some streets. In one evening, a fifth of the July rainfall fell.