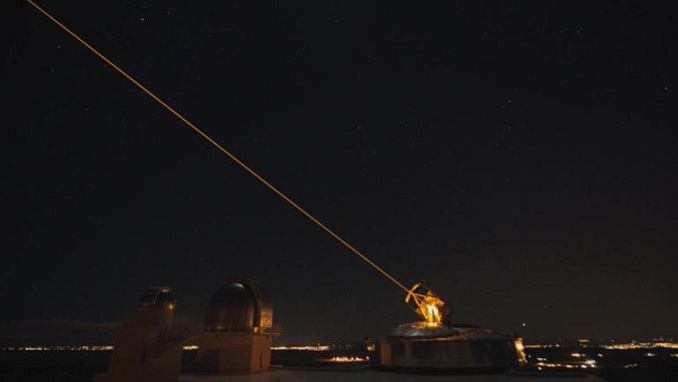 A source from the country’s engineering team creating such a laser told Russian media agency Interfax that weapons maker Almaz-Antey had “completed work on the anti-satellite complex” which includes a laser and ground control equipment.

“The development of this complex took place, all the work done will allow to make a step forward in the creation of such aircraft,” the source said.

Russia will “actively use the developments gained in the creation of the aircraft with laser weapons A-60,” the report said.

Western experts have not yet verified the claim, although they agree it’s entirely possible such a program exists.

John Blaxland, Professor of International Security and Intelligence Studies and director of Australian National University’s Southeast Asia Institute, said this move was a strategic one on Moscow’s part.

“This development speaks to Russia’s focus on advanced military technology as a means to reduce the considerable advantage American military forces have in terms of conventional (non-nuclear) weapons systems that are enabled by the world’s most sophisticated global satellite network,” he said.

Dr. Malcolm Davis, senior analyst in defense strategy and capability at the Australian Strategic Policy Institute, said it was certainly technically possible the Russians were developing such a system.

“The U.S. had the YAL-1 Airborne Laser on a modified Boeing 747 some years back to try and shoot down ballistic missiles, but it was scrapped for cost reasons even though the technology worked,” he said.

Russia’s Shubenkov Slams Reports of His Doping Violation as Defamation