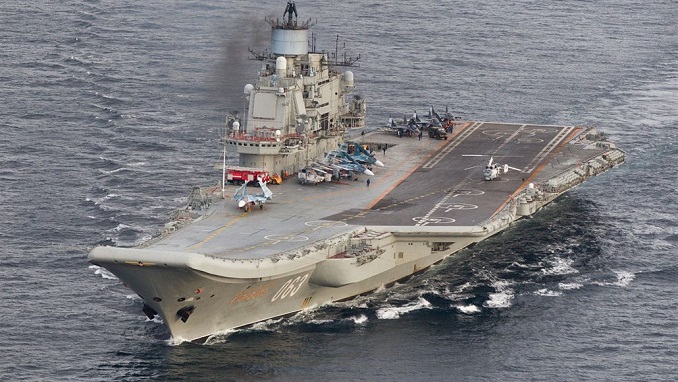 Russia is unlikely to construct a new aircraft carrier in the next ten years, the scientific director of the Krylov State Scientific Research Center Valery Polovinkin has said, adding that this class of ship is unlikely to appear before 2030-2035.

“The manufacturing capability of Russian plants make it possible to meet any assigned target. But I believe that its construction, if conditions are favorable, will take 10 years at least,” the scientist said, according to TASS.

He believes that it is “impermissible” for the Russian Navy to have a small aircraft carrier because then it will be able to carry out only private missions and it will not have reconnaissance planes, aerial picket aircraft, target designation aircraft or assault aviation.

According to him, advanced Russian aircraft carriers will be able to compensate for their relatively small displacement by introducing radical changes to their hull.

The Russian Ministry of Industry and Trade has warned that the construction of advanced surface ships for offshore maritime zones could be postponed until 2035 due to underfunding if the Russian economy develops according to a pessimistic scenario.

Navalny to Face New Criminal Case Over Alleged Use of ‘Anti-Corruption’...