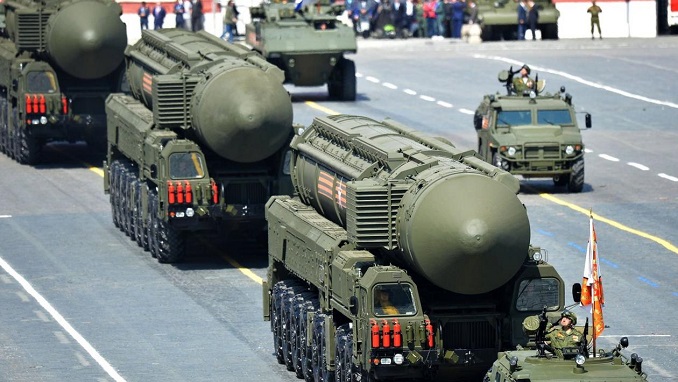 China is persistent in  stockpiling  nuclear weapons while making no guarantees about how it will use them. According to US high official  for nuclear nonproliferation Jeffrey Eberhardt, the increasing supply is becoming more difficult to hide from the rest of the world, reports Nezavisimaya Gazeta.

Eberhardt has urged Beijing and Washington to collaborate in order to prevent nuclear war. Which means , the US wants China to recognize that it is a nuclear power and that it should participate in the strategic stability negotiations headed by Russia and the US.

Beijing has often said that it would join the discussion if the US lowers its reserves to China’s level. And this is happening at a time when pictures from American satellites show China building hundreds of silos to fire nuclear missiles.

According to the newspaper, in August 2021, General Thomas Bussiere, Deputy Commander of the United States Strategic Command, China’s assertions that it intends to retain minimal troops as a method of nuclear deterrence are false.

According to Vasily Kashin, researcher  at the Higher School of Economics, China has not released any public comments about its nuclear weapons, and the speech was given by Beijing’s former UN envoy on disarmament.

“Nonetheless, this is a warning indication, but it is not an official modification. However, China’s nuclear operations do not correspond to its prior stance, which was that it maintains its arsenal to a minimum and avoids engaging in an arms race. In reality, China is building systems like nuclear missiles with ten warheads apiece. They are putting forth a lot of effort on this. We may anticipate a substantial rise in the number of operational nuclear weapons before the end of the decade” Kashin said.