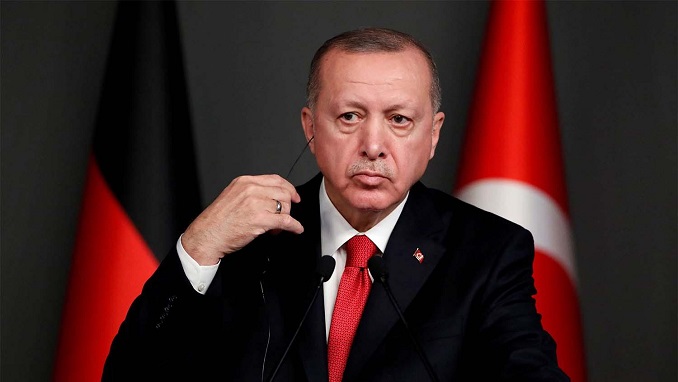 Turkish President Tayyip Erdogan said on Friday that Joe Biden’s comments about Russia’s Vladimir Putin, in which he said he thought he was a killer, were “unacceptable” and unfitting of a U.S. president, Reuters reports.

In a TV interview broadcast on Wednesday, Biden said “I do” when asked if he believed Putin was a killer, prompting U.S.-Russia ties to sink to a new low. Putin later responded that “he who said it, did it.”

“Mr. Biden’s statements about Mr. Putin are not fitting of a president, and a president coming out and using such remarks against the president of a country like Russia is truly unacceptable, not something that can be stomached,” Erdogan told reporters in Istanbul.

“In my opinion, Mr. Putin has done what is necessary by giving a very, very smart and elegant answer,” he added.

Ties between Ankara and Washington, NATO allies, have been strained over a host of issues in recent years including Turkey’s record on human rights and freedoms, its acquisition of Russian defense systems and policy differences in Syria.

The United States, which along with other western allies has accused Ankara of straying from NATO and the western bloc, last year imposed sanctions on Turkey over the Russian defenses. Turkey called that a “grave mistake”.

Erdogan, who had a close relationship with former President Donald Trump, has yet to speak to Biden since he took office in January.

Turkey and Russia have developed strong strategic relations in recent years despite backing opposing sides in conflicts in Syria and Libya. Erdogan has frequently met with and held calls with Putin, whom he calls a friend.

$220mn Greenhouse to be Constructed in Voronezh