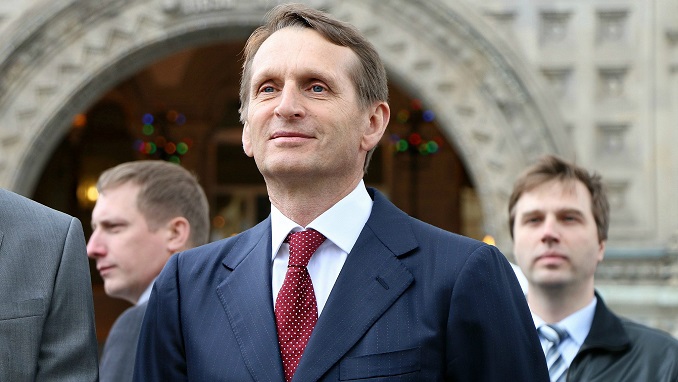 Calls by Japanese political forces for stepped-up aggressive foreign policy will not contribute to stability in the Asia-Pacific region, Russian Foreign Intelligence Service Director Sergei Naryshkin, who chairs the Russian Historical Society, said at an international roundtable dedicated to the 75th anniversary of the Tokyo Trial, Tass informed.

“Unfortunately, Tokyo has not genuinely repented for the war crimes it had committed during World War II as part of its political culture. There still are some influential forces that cannot accept the country’s post-war pacifist policy. They are reluctant to learn from the past, urging for a more aggressive foreign policy supported by the US, which in no way contributes to stability in the Asia-Pacific region,” Naryshkin pointed out.

At the same time, there also are “wiser voices,” he added. Naryshkin emphasized that Russia had always viewed Japan as an important partner in the region, focused on constructive and mutually beneficial cooperation in various areas.

According to him, Japanese militarism emerged from the atmosphere of competition between colonial powers, whose interests collided in Southeast Asia in the middle and second half of the 20th century. “The Japanese market was opened to foreign capital literally under US guns. The country took the humiliation hard, betting on modernizing the national armed forces,” Russian Historical Society chief explained.

Russian Presidential Aide Vladimir Medinsky, in turn, highlighted some details of Japan’s surrender in 1945. He pointed out that the Imperial Rescript, dated August 17, 1945, had not mentioned the United States’ nuclear bombing of Japan. Generalissimo of the Imperial Japanese Armed Forces Hirohito said that after the Soviet Union had entered the war against Japan, continued resistance would threaten the very existence of the empire. “That said, Japan’s political and military leadership could see clearly that they had to surrender to the united nations rather than to the threat of nuclear bombings, which were completely pointless,” the presidential aide concluded.

Suppose a Kid from the Last Dungeon Boonies moved to a starter town? Episode 5