Home Health Russia is Facing  a Resurgence of Coronavirus

According to senior health experts, Russia may witness a resurgence of the coronavirus as early as this month, The Moscow Times writes.

Though Covid-19 infections in Russia have slowed to approximately 18,000 per day in recent weeks, the nation is still dealing with a record-breaking third wave, led by the Delta variety, that began in early June. Despite multiple all-time high Covid-19 death tolls, the latest recent on Aug. 26, officials have continued to ease restrictions.

“We anticipate an increase in coronavirus infections; this is natural,” said Anna Popova, director of Russia’s consumer protection agency Rospotrebnadzor, which has spearheaded Covid-19 response operations with the Health Ministry and the Prime Minister’s Office.

“We believe that strict adherence to all hygienic and anti-epidemic regulations will limit this rise to a minimum,” she told Interfax on Thursday.

She attributed the possible increase to Russians returning to work and school after the summer break.

“Every year, when people return from vacation and children return to school, newly formed gatherings result in a spike of acute respiratory viral infections in the second 10-day period of September for a number of epidemiological and virological reasons,” according to the report “She said.

“From the end of September until the beginning of October, it will be stressful for me.

“Three elements will clash at the same time: the flu, Covid, and people returning from vacation,” Protsenko said at a press conference on Tuesday, according to the Ura.ru news website.

He encouraged Russians to be vaccinated in order to avoid serious illness and hospitalization.

Russia’s attempts to control the epidemic have been thwarted by poor vaccination rates, as well as widespread mistrust about the country’s three licensed vaccinations. Several areas mandated immunization for a specific proportion of service employees in June. 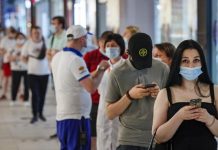 How Russia Plans to Support Businesses amid New Pandemic Surge 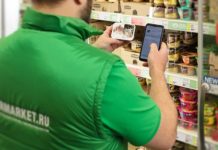 Nord Stream 2 AG Keen to Provide Market with Extra Capacities as Soon as...

Armenia Complains to Russia Against Azerbaijan