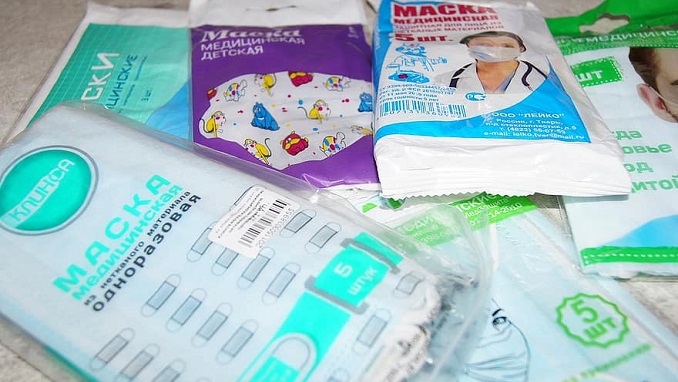 Russia will import about 300 mln face masks from China in May, Russian Deputy Industry and Trade Minister Viktor Yevtukhov said on air of the Rossiya-24 television channel, TASS Reported.

“A large number of masks have been imported from China. On average, taking into account all the suppliers, (and we carried out such an analysis), about 300 million masks will be imported in April-May,” the deputy minister said.

Earlier, Deputy Industry and Trade Minister Alexey Gruzdev said that almost 185 million masks purchased in China over the past two months were delivered to Russia as part of government purchases, while companies and foundations acquired about 90 million masks for the regions of the Russian Federation.

In an interview with the Rossiaya 24 TV channel, Yevtukhov also said that about 4 million masks are sold daily by Russian pharmacies, large retail chains and small retail stores.

To date, a total of 299,941 coronavirus cases have been confirmed in Russia, with 76,130 patients having recovered from the virus. Russia’s latest data indicates 2,837 fatalities nationwide. Earlier, the Russian government set up an Internet hotline to keep the public updated on the coronavirus situation.

Russian Banker Accused of Dodging Taxes to Remain in Detention