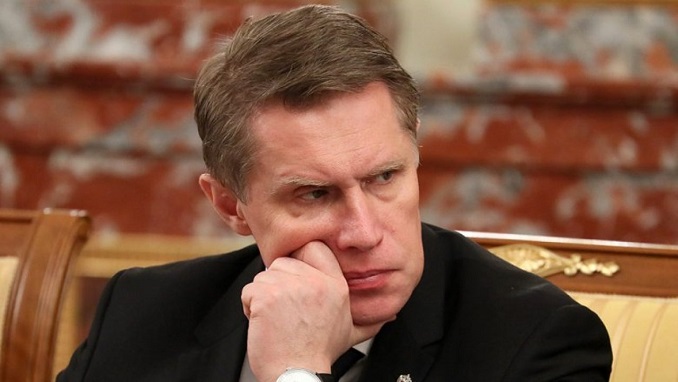 Russia plans to administer its experimental coronavirus vaccine on healthcare professionals next month before its clinical trials are completed, Health Minister Mikhail Murashko said Thursday, as reported by The Moscow Times.

Russia’s adenoviral vector-based vaccine developed by military and government researchers is in Phase II trials with plans to launch the next and final phase sometime after Aug. 3. The vaccine “will be widely used in parallel with Phase III trials,” Interfax quoted Murashko as saying to reporters.

“We are now looking at what categories [will receive the vaccine first]. These are primarily medical workers and those who deal with sick people the most, so the risk categories will be offered a vaccine,” Murashko said.

He added that groups at higher risk of getting infected with Covid-19, like older people or those with health conditions, will also be prioritized for the vaccine. The minister did not estimate when that would happen.

Dozens of civilian and military volunteers undergoing Phase I trials of the vaccine were released Monday. The Health Ministry will decide whether the vaccine is effective based on the studies’ results, Interfax reported.

“In parallel, we’ll begin scaling and production, and the most at-risk groups will also be invited to vaccinate voluntarily,” Interfax quoted him as saying. “As a result of all this, we’ll have large-scale production and large-scale application.”

Russia’s military on Tuesday said the vaccine was “ready” following the Phase I trials. Health officials were more cautious, saying the trials are still ongoing and the state registration process is expected to begin after Aug. 3.

The head of Russia’s sovereign wealth fund that finances the trials has said he hopes to produce 200 million doses of the coronavirus vaccine with foreign partners by the end of 2020.

Central Banks Acquired a Record Amount of Gold for $15.7bn