Home Health WHO: No Deaths from COVID-19 Vaccines Recorded Globally 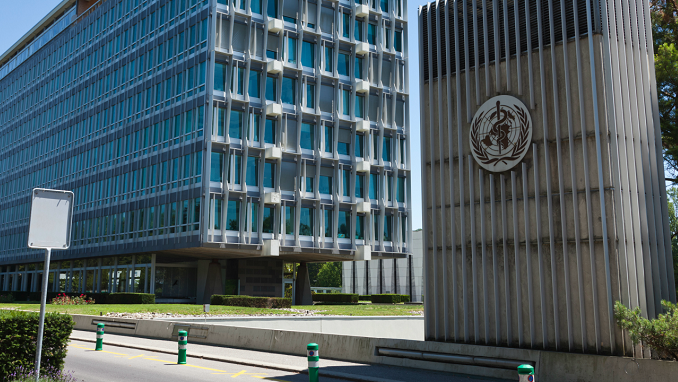 As of March 9, over 268 million people have been vaccinated against COVID-19 globally, and currently, no deaths from the vaccines have been confirmed, the World Health Organization (WHO) told TASS, commenting on Denmark, Iceland, Italy and Norway suspending the use of the AstraZeneca vaccine after reports of thrombosis among those vaccinated.

“As of 9th March, over 268 million doses of COVID-19 vaccines have been administered since the start of the pandemic, based on data reported to WHO by national governments. No cases of death have been found to have been caused by COVID-19 vaccines to date,” WHO Spokesperson Tarik Jasarevic said.

“WHO is aware that as a precautionary measure, a few countries in the European Union have suspended use of a specific batch of AstraZeneca vaccine distributed in the EU, based on reports of rare blood coagulation disorders in persons who had received vaccine from that particular batch. This was decided as a precaution whilst a full investigation is finalized,” he noted.

“It is important to note that the European Medicines Agency’s Pharmacovigilance Risk Assessment Committee position is that the vaccine’s benefits continue to outweigh its risks, and the vaccine can continue to be administered while investigation of cases of thromboembolic events is ongoing,” the spokesperson said. “WHO’s Global Advisory Committee on Vaccine Safety (GACVS) systematically reviews any vaccine safety signals and concerns related to COVID-19 vaccine safety, and meets every two weeks to advise WHO on any new safety signals or concerns related to COVID-19 vaccines.”

“The GACVS is carefully assessing the current reports on the Astra Zeneca vaccine. As soon as WHO has gained a full understanding of these events, the findings and any changes to current recommendations will be immediately communicated to the public,” he stressed.

It was reported on Thursday that Denmark and a number of other states had suspended the use of the AstraZeneca vaccine after reports of thrombosis among those vaccinated. Earlier, the European Medicines Agency (EMA) recommended to continue using the vaccine, noting that it has not been proven that these symptoms were caused by vaccination.

According to the EMA, as of March 10, there were 30 cases of thromboembolic complications among about 5 mn people who were administered the AstraZeneca vaccine. The agency stressed that this means that the number of reported side effects among those vaccinated does not surpass the number of such cases in the population on the whole.