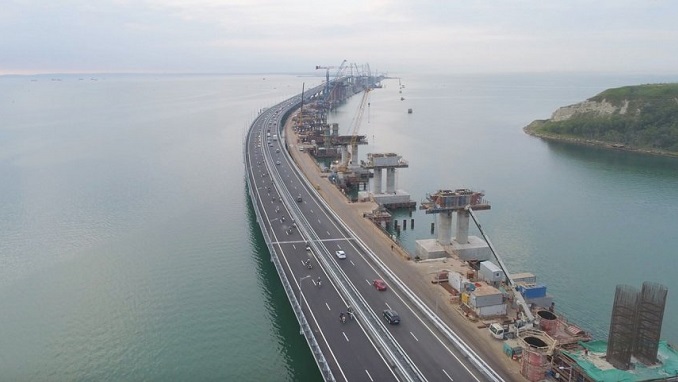 A massive project for the construction of a bridge to connect Russia’s Sakhalin Island to the mainland is seen in government circles as a political project, and it will be implemented regardless its economic feasibility, Vedomosti quoted a federal government official as saying.

Russian President Vladimir Putin earlier instructed his cabinet to assess the feasibility of building the bridge, the price tag of which would amount to almost $10.3 billion. According to the project, the bridge could be completed as early as 2023, Russian Railways said.

Putin earlier pointed out that the bridge would “help restore the country’s territorial integrity, organize the movement of goods from Asia to Europe, and increase the importance of the Trans-Siberian Railway.”

Meanwhile, some experts interviewed by Vedomosti noted that the Sakhalin project would be more difficult to construct than the bridge connecting Russia’s mainland with Crimea. Some lengths are located in a permafrost area, and the stretch along the Nevelskoy Strait is located on the continental shelf.

“The bridge to Sakhalin is an unfeasible idea,” says Alexei Bezborodov, Director General of InfraNews.

“The total turnover of Sakhalin’s cargo today is about 10 million tons, and it will hardly be possible to increase it. Transporting coal from Mongolia and Kazakhstan via the island is economically illogical as well. Besides, Sakhalin’s trade with mainland Russia remains within the existing container traffic. Moreover, the island’s residents (about 500,000 people) are focused mainly on importing Japanese and Chinese goods. If the authorities want to develop tourism, it would be more useful to subsidize air cargo traffic,” the expert stressed.

Rossiya Airlines to Transfer Part of Its Fleet to LCC Pobeda...