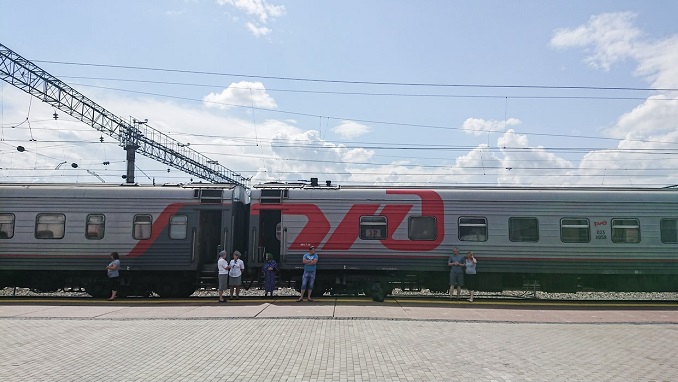 In a speech, the president proposed the two Koreas, together with the United States and four other Asian countries, form what he called a “Northeast Asian railroad community.”

“This community will lead to an energy bloc and economic bloc in Northeast Asia by expanding our economic area to the northern continent and becoming the foundation of co-existence and prosperity in Northeast Asia,” the president said.

Although Jae-In did not mention the four regional countries by name, his office later explained he meant China, Japan, Russia, and Mongolia.

After the June 22 Moscow meeting between Moon Jae-in and Russian President Vladimir Putin, the two states signed a memorandum between Russian rail monopoly RZD and Korea’s Korail company. In the document, the sides express their readiness to ponder on creating a rail link uniting South Korea, Russia, and Europe.

It also includes a three-party project to link the trans-Korean rail and Russia’s Trans-Siberian Railway Network. According to preliminary estimates by RZD, the project with the participation of the two Koreas and Russia may cost about $3-4 billion.

Lavrov: Russia to Work With Any U.S. Admin Based on Principles...