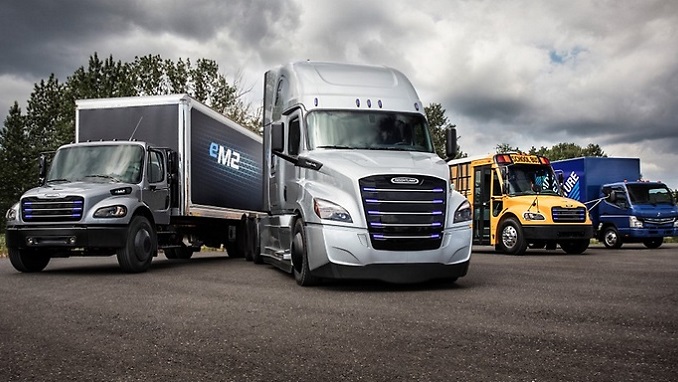 German company Daimler Trucks has acquired 15% in Russian truck maker Kamaz, the Russian company said in a statement on Monday, according to Vesti Finance.

The German company directly received 106.08 million shares in Kamaz, which corresponds to 15% of shares, the statement said.

“The transaction will not affect the current operations of Kamaz,” a representative of Kamaz’s press service said.

Kamaz is the largest automobile corporation in Russia and one of the world’s 20 leading manufacturers. The company produces trucks, trailers, buses, tractors, engines, power units, and different tools.

According to the information on the company’s website, its main shareholders are the state-owned Rostec corporation (47.1%) and Avtoinvest (23.54%).

Also on Monday, Kamaz said it has launched a new truck assembly line in Uzbekistan’s Samarkand, in partnership with local company UzAuto Trailer.

According to the press service of the Russian automobile corporation, the assembly line is organized in a new production building with a total area of ​​7.4 thousand square meters. It is equipped with modern technological and auxiliary equipment, which will produce more than three thousand trucks a year.

In addition, a section for the assembly and installation of gas equipment on the car chassis was created in the building, Kamaz said.