The common gas market of Estonia, Latvia, and Finland was launched on January 1, in a step towards easing the region’s dependence on Russian gas, ERR writes.

The move comes after the commissioning of the new BalticConnector pipeline, which started pumping natural gas from Finland to Latvia last month.

“The first quantities of natural gas on the common gas market between Estonia, Latvia and Finland flowed from Latvia to Finland via Estonia on January 1st,” Estonia’s electricity and gas system operator Elering said in a statement Friday.

Thanks to imports from Latvia’s underground storage facility in the central village of Incukalns, Russian gas giant Gazprom will no longer be Finland’s sole supplier.

“Russia is — and will be — the main source of natural gas consumed in the Baltic countries and Finland. But the use of Incukalns storage now gives Finland and Estonia more leverage against Gazprom, just like Latvia has always had,” analyst Maris Kirsons told AFP. “Utility companies can buy gas at low prices, store it underground and then use it whenever demand rises, avoiding paying Russia high prices on the spot.”

Estonia and Latvia’s pipelines have already been connected for half a century.

The overall cost of the project was around 250 million euros ($279 million), with 75 percent of it covered by the European Union. Negotiations on the possible accession of fellow Baltic state Lithuania to the system are ongoing.

The Baltic states’ heavy dependence on Russian gas was partly reduced in January 2015, when Lithuania broke the Russian monopoly on gas deliveries by launching its first floating LNG terminal in the port of Klaipeda. 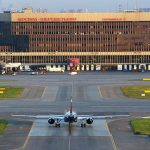 Russia will resume flights to Vietnam, India, Finland and Qatar on January 27, 2021, with several flights per week, the Russian anti-coronavirus crisis center... 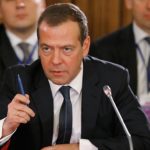 The deputy chief of Russia’s Security Council Dmitry Medvedev noted the US’ strive to restore ‘to a certain extent’ its image as a reliable...

BRICS Could Expand in The Future, Russian Official Says