The first two of the 16 domestically-made engines for the Russian MC-21-300 passenger plane were mounted this week, in a move to eventually replace American-made Pratt & Whitney engines, AviaPort.ru reports.

The MC-21-300 is Russia’s first post-Soviet large domestic airliner. It is produced by the Irkut division of Russia’s state-run United Aircraft Corporation (UAC), which will reportedly receive the next two PD-14 engines developed by Russia’s Aviadvigatel in the Ural city of Perm within the current year.

So far, the domestically-produced turbofan engine has undergone an audit by the European Aviation Safety Agency (EASA). The manufacturer expects the agency to grant approval for operating jets equipped with PD-14s by the end of the year. This will allow foreign air carriers to buy MC-21-300s powered by Russian engines.

The Irkut MC-21-300 had its maiden flight in May 2017. It is scheduled to make its public debut at the Moscow International Aviation and Space Salon (MAKS) later this year.

The Russian-made narrow-body airliner, which is set to complete certification tests by 2020, is expected to challenge medium-haul jets such as Airbus A320neo, Chinese Comac C919, and the troubled Boeing 737 Max. The main competitive advantages of the jet include modest operating costs, which are up to seven percent lower than its competitors. The jet will replace the remaining Soviet-era Yakovlev Yak-42, Tupolev Tu-134, Tupolev Tu-154, and Tupolev Tu-204/214 airliners.

According to initial plans, the Russian jet was to be built using 38 percent domestically-made components. Later, the manufacturer decided to raise the figure to 97 percent by 2022 as part of a government plan to eliminate dependence on imports.

Ukraine runs the risk of being left without gas transit, but there is a way to stop Gazprom and the Nord Stream 2 gas... 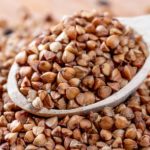 The Cabinet of Ministers of Russia at a meeting on Thursday approved the provision of one-time insurance payment to medical staff working with patients...

The American company HC Trading (Heidelberg Cement Group) will supply Ukraine with two shiploads of American thermal coal in the volume of 150 thousand...

Russians will be written off debts worth 1.6 billion rubles as part of the mechanism of extrajudicial bankruptcy, Deputy Minister of Economic Development Ilya...