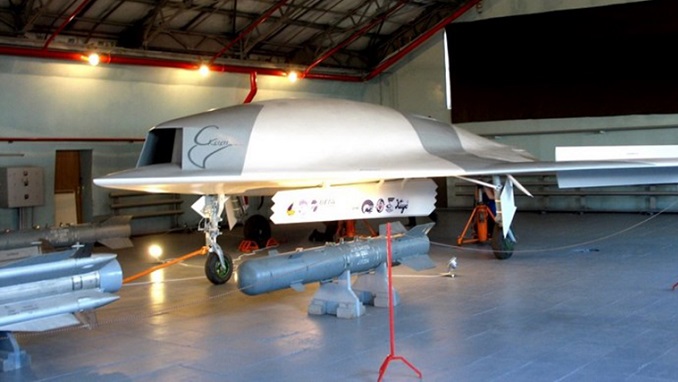 Although the sixth generation fighter jet project “has not yet taken full shape, its main features are already known,” the source said.

“First of all, it should be unmanned and capable of performing any combat task in an autonomous regime. In this sense, Okhotnik will become the prototype of the sixth generation fighter jet,’ the source said, adding that the drone will be able to “take off, fulfill its objectives and return to the airfield.”

“However, it will not receive the function of decision-making regarding the use of weapons – this will be decided by a human,” he said.

TASS was unable to officially confirm the information at the time of the publication.

Another defense industry source earlier said that the prototype of Okhotnik was ready and would start test flights this year.

The Russian Defense Ministry and the Sukhoi Company signed a contract for developing the 20-ton Okhotnik heavy unmanned strike aircraft in 2011.

The drone’s mock-up model was made in 2014. According to unconfirmed reports, composite materials and anti-radar coating were used to create the Okhotnik. The drone is equipped with a reaction-jet propulsion and is supposed to develop a speed of 1000 kilometers per hour.