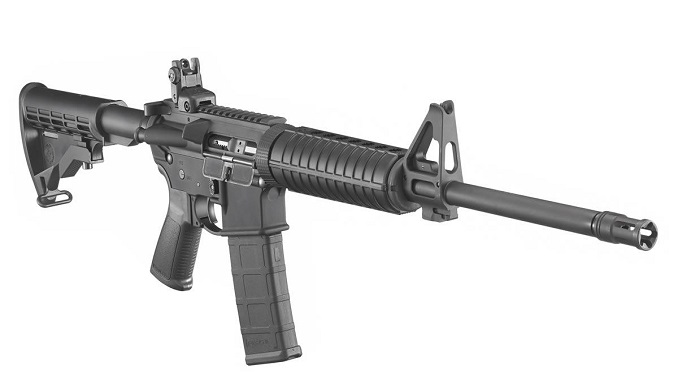 A Russian version of America’s AR-15-style rifle has been created by Russian arms maker Promtekhnologiya, News.ru reported this month.

The company, which produces ORSIS-brand rifles and carbines, has redid the AR-15 (known as the M16 in the U.S. military) with a 7.62-mm round used by Russian weapons such as the AK-47 rifle and RPK machine gun.

The analogue of the American AR-15 rifle was tested in the “Russian” calibre of 7.62×39 mm,” according to state-run news agency TASS. “The bullet of a cartridge is twice as heavy as the bullet of an American automatic rifle cartridge 5.56 and, therefore, has great energy at all distances of practical shooting,” the report said.

“Weight parameters and recoil parameters have not increased compared to the smaller calibre,” the company added.

Promtekhnologiya claims test results have been promising. “At the moment, the total shot during the tests for the resource exceeded 17,000 shots,” the company said. “At the same time, the accuracy and accuracy indicators remained within the declared norm of 1.5-2 MOA [angular minute] with target ammunition at a distance of 300 meters. The rifle also passed climatic tests.”

The Russian company has also developed an automatic-fire version for military use. It suggests that the Russian rifle is actually superior to the American version in some respects.

The company emphasized that “the rifles in the new calibre are produced at facilities in Moscow and are equipped with high-precision ORSIS barrels of their own production. ORSIS barrels significantly increase the accuracy and resource of the product compared to the original American-made rifle.”

This isn’t Promtekhnologiya’s first foray with the AR-15. In September, the company began mass production of the ORSIS-AR15J rifle, an AR-15 in 5.56×45 mm calibre.

Russian Company to Sell Electricity to Crypto-Miners for $17mn