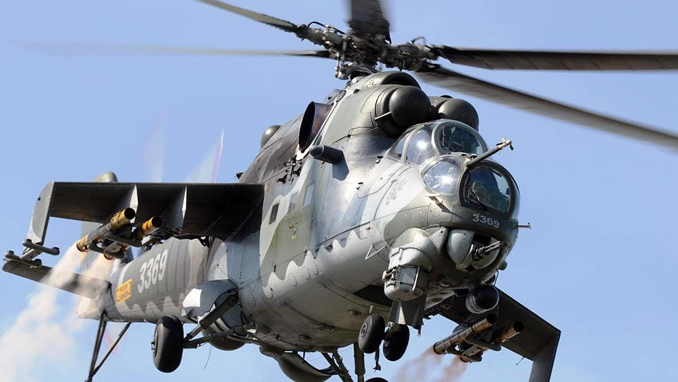 The Serbian Air Force will take delivery of four Russian-made Mi-35 and three Mi-17 military transport helicopters in the first quarter of next year, Serbia’s Defense Minister Aleksandar Vulin said in an interview with state-run RTS television this week following his visit to Moscow.

“The agreement on military and technical cooperation between the two supreme commanders-in-chief — presidents Putin and Vucic is being implemented extremely successfully,” Serbia’s defense chief said.

“We have entered the second out of three stipulated modernization, repair and armament delivery stages. We have provided for the unimpeded delivery of 10 BRDM-2 [combat reconnaissance and patrol] vehicles and we have talked with [Russian Defense Minister Sergei] Shoigu on a new delivery. In compliance with the plan, tanks will also arrive. Also, in the first half of the first quarter of next year, we will take the delivery of four Mi-35 and three Mi-17 helicopters,” he stated.

Throughout the current year, Russia will deliver 10 helicopters to Serbia: seven Mi-35 and three Mi-17 rotorcraft. Serbia was also expected to get 30 T-72 tanks and 30 BRDM-2 reconnaissance and patrol vehicles from Russia for free. Serbia is also holding talks with Russia on Buk-M1 and Buk-M2 air defense missile systems and Tunguska anti-aircraft missile/gun weapons.

Last week, the Serbian defense minister said during his visit to state-run company Russian Helicopters Group in Rostov-on-Don that the Mi-35 helicopters were the world’s best in their class and would considerably strengthen the combat capability of the Balkan country’s armed forces.