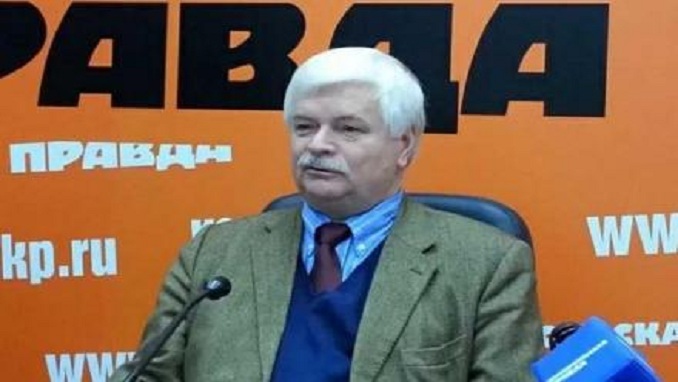 A Russian chemist and entrepreneur who reportedly supplied a key component for amphetamine production throughout Europe has landed new gigs as a research CEO and journal editor in Israel, Kommersant wrote in a recent report on Pavel Kudryavtsev’s family.

The chemist and his relatives are known for significantly improving the production of a reagent necessary for amphetamine synthesis; they reportedly produced enough of the chemical in Russia and Armenia to make 50 million dollars’ worth of drugs.

In the years of Kudryavtsev’s active BMK sales, the chemist directed a company called Trivektr. Russian investigators believe that Kudryavtsev and his son Ilya (Trivektr’s executive director) produced more than 130 tons of BMK for the express purpose of amphetamine synthesis. Kommersant writes that the Perm-based BMK was extraordinarily pure, which enabled very high-quality amphetamine production down the line.

According to investigators, another chemist named Alexander Nedugov served as the family’s accomplice by obtaining the necessary reagents for their work. Secret compartments and boxes loaded onto semi-trucks then carried the finished products around Europe. In 2008, Russia’s Federal Drug Control Service busted an attempted delivery of BMK through Lithuania and established that the substance had originated in Perm.

Kommersant had previously reported that similar deliveries enabled the production of 3.5 billion amphetamine pills in Europe and the Middle East, yielding a profit of more than $50 billion for drug traders. One source said that the massive BMK supply line even came up during a meeting between Russian President Vladimir Putin and German Chancellor Angela Merkel. In April of 2010, the circulation of BMK in Russia was banned.

After BMK production was banned in Russia, the Kudryavtsevs struck a deal to manufacture the reagent in Armenia using facilities that previously belonged to a national research institution. Their total output in that setting was about 10 tons, which is sufficient to make almost six tons of amphetamine.

In 2013, an international police operation led to the arrest of 70 individuals who were involved in the synthesis of BMK. Pavel Kudryavtsev’s son Ilya was sentenced to three years in prison for embezzlement related to the theft of the reagent. A year later, 14.5 years were added to his sentence for his role in exporting BMK from Armenia.

The elder Kudryavtsev, meanwhile, managed to leave Russia for Israel. According to Kommersant, his name was included in an Interpol database but has since been removed. The newspaper reported that the Perm chemist and his second son, Nikolai, found work in MigdalHaEmek, Israel, at a commercial research center called Polymate. The firm’s website indicates that it specializes in developing polymer and composite materials for the environmental engineering and nanotech industries. Polymate was founded by the Soviet-Israeli scientist Oleg Figovsky, who led the company until 2018.