Belarusian police on Monday threatened to fire live bullets at protesters, claiming that opposition demonstrations against strongman Alexander Lukashenko were becoming ever more radicalized, as reported by The Moscow Times.

“Law enforcement officers and internal troops will not leave the streets and will use riot control equipment and lethal weapons if need be,” the interior ministry said in a statement on the Telegram messenger service.

Peaceful protests broke out after Lukashenko claimed victory in Aug. 9 elections over a popular opposition candidate, Svetlana Tikhanovskaya, who claims to be the true winner.

Police have so far only acknowledged using riot control equipment such as water cannon, rubber bullets and stun grenades to disperse the protesters.

On Sunday, police deployed water cannon and stun grenades in Minsk and detained more than 700 people across the country, the interior ministry said.

EU foreign ministers on Monday agreed to impose sanctions on Lukashenko, as the bloc seeks to step up pressure over his regime’s crackdown on protesters.

The EU has already imposed travel bans and asset freezes on 40 Lukashenko allies for rigging the election in August that returned him to power and orchestrating a crackdown on mass protests.

The EU had held back from penalizing Lukashenko, hoping to persuade him to engage in dialogue with opposition forces to resolve the crisis. 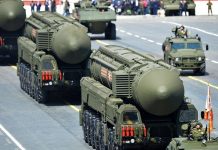 Russia Set to Freeze All Nuclear Warheads if U.S. Does Same

Russia Expected to Produce 1.5mn Vaccines per Month in December

K-9 Hybrids to Sniff Out COVID-19 at Moscow Airports

Russia may support keeping cuts in global oil output unchanged after 2020, when they are due to be eased, if world markets worsen due...

The number of doses of the Sputnik V vaccine against COVID-19 produced each month in Russia may increase five-fold from October to December, the... 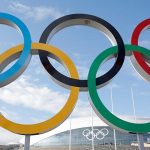 The Kremlin on Tuesday denied allegations that Russia had sought to disrupt next year’s Olympic and Paralympic Games in Tokyo through hacking efforts, Reuters...

The main advantages of EpiVacCorona, the COVID-19 vaccine developed by the State Research Center of Virology and Biotechnology Vector in the Russian city of...