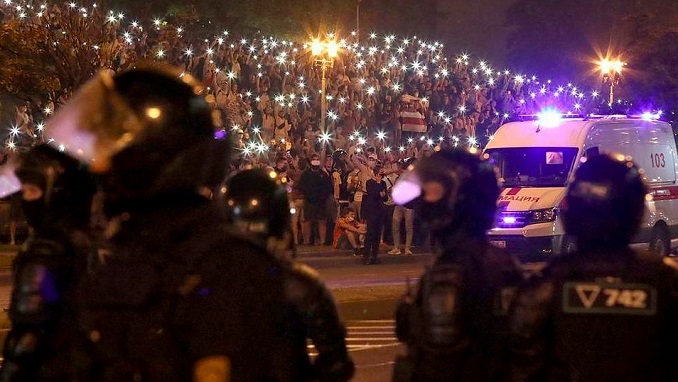 Lawyers are looking for representatives of the Belarusian opposition’s Coordination Council Maria Kolesnikova, Ivan Kravtsov and Anton Rodnenkov whom they could not get in touch with, the council’s press service said on Monday, TASS reported.

“We have so far been unable to get in touch with Maria Kolesnikova, Ivan Kravtsov and Anton Rodnenkov. The lawyers are looking for them. The appropriate notifications of defense acceptance will be sent to the State Security Committee (KGB) and the Investigative Committee soon,” the report said.

Some Belarusian media outlets earlier reported that unidentified individuals had abducted Kolesnikova near the National Art Museum in Minsk on the morning of September 7. Member of the Coordination Council’s Presidium Maxim Znak confirmed to TASS that they could not get in touch with Kolesnikova.

During the election campaign, Maria Kolesnikova worked at the headquarters of Viktor Babariko, who was denied registration as a presidential candidate. Later on, she supported Svetlana Tikhanovskaya and became a member of the Coordination Council’s Presidium.

Belarus held its presidential election on August 9. According to the Central Election Commission’s data, incumbent President Alexander Lukashenko won 80.10% of the vote, whereas Svetlana Tikhanovskaya, who was considered to be his key rival, garnered 10.12% of the ballot. Subsequently, she refused to recognize the outcome of the polls.

After the results of exit polls were announced late on August 9, mass protests flared up in downtown Minsk and other cities. In the early days they were accompanied by clashes between protesters and police. The authorities call for an end to illegal rallies, while the Coordination Council set up by the opposition demands more protests.