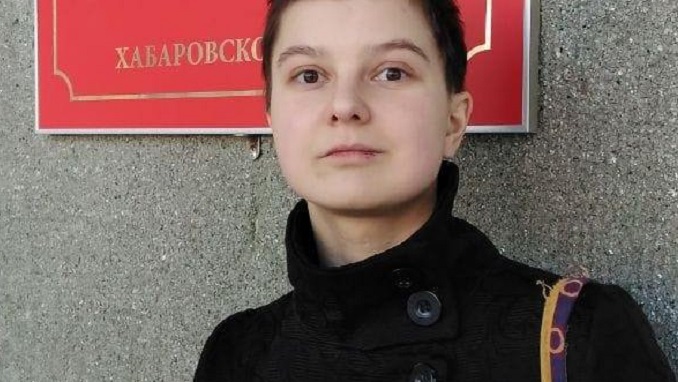 Russian artist and LGBT activist Yulia Tsvetkova has been hit with pornography charges a fourth time over artwork aimed at ending stigmas around the female anatomy, the independent Novaya Gazeta newspaper reported Tuesday.

Tsvetkova, 27, was first charged with distributing pornography online in June 2020 after sharing artwork of vulvas on the “Vagina Monologues” social media page she operates. The criminal charges carry a maximum sentence of six years in prison.

The Moscow Times reports that according to the Investigative Committee in the Khabarovsk region where Tsvetkova lives brought the latest charges after three prior pornography charges related to investigations by federal police and investigators, her mother Anna Khodyreva told Novaya Gazeta.

“This is the same case; the prosecutor’s office isn’t sending the case to court, but is just wrapping it up again for further investigation,” Khodyreva said.

Tsvetkova was placed under pretrial house arrest from November 2019 to March 2020 while authorities investigated her case. The house arrest was later lifted in exchange for her agreement to remain in her hometown of Komsomolsk-on-Amur.

She is also facing three administrative charges under Russia’s law banning “gay propaganda” toward minors after directing a children’s play which criticized gender stereotypes and sharing drawings of families with same-sex parents on social media.

Several prominent Russian artists and activists have called on law enforcement to drop the charges against Tsvetkova and protests in her support took place across Russia last summer.

Tsvetkova herself has said she believes the charges are politically motivated and rights groups have declared her a political prisoner.