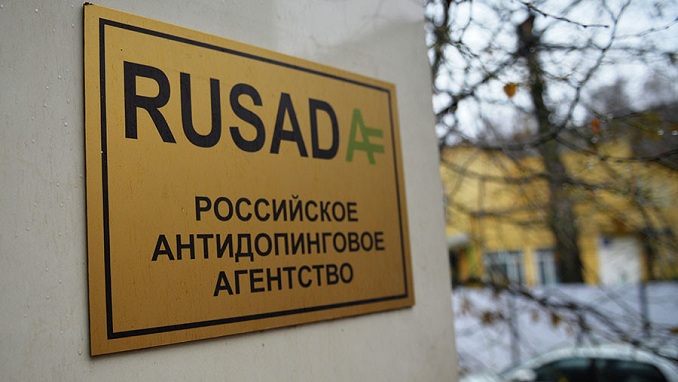 The board of Russia’s anti-doping agency (RUSADA) called on the country’s sports authorities on Wednesday to consider firing its director over allegations he presided over serious financial irregularities, Reuters writes.

Yuri Ganus, who was named director of RUSADA in August 2017, denied the allegations made by Russia’s Olympic Committee last month and has portrayed them as a political attack on his agency and its efforts to clear up Russia’s sporting image.

Ganus was appointed to head RUSADA as it was mounting a push to be reinstated after being suspended over a doping scandal. The appointment of a new director had been a condition for the agency’s reinstatement.

RUSADA’s supervisory board met to discuss the allegations against Ganus on Wednesday.

Alexander Ivlev, the board’s chairman, said it considered the allegations to be true and recommended that the agency’s founders, Russia’s Olympic and Paralympic committees, consider firing Ganus, the Interfax news agency reported.

“The supervisory board’s decision today about distrust in RUSADA director general Yuri Ganus and the inexpediency of him remaining in this post, which was adopted almost unanimously, looks unambiguous,” Stanislav Pozdnyakov, president of the Olympic Committee, said in a statement.

The World Anti-Doping Agency (WADA) said it was extremely concerned by the supervisory board’s recommendation and that it would seek clarification from the Russian authorities.

RUSADA was suspended in 2015 after a report commissioned by WADA found evidence of mass doping among Russian track and field athletes.

Transneft Chief Says Russian Oil Output to Rise in 2019 Despite...