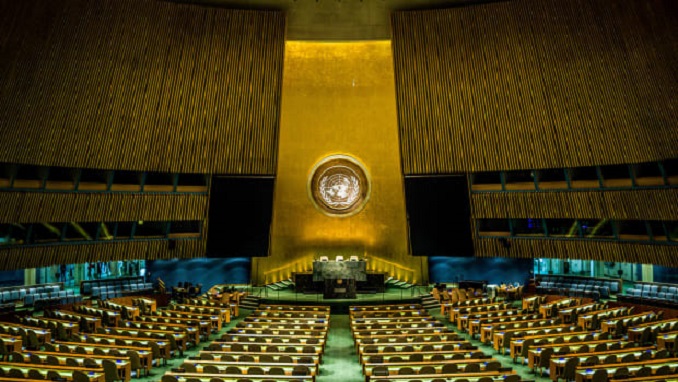 The meeting was convened at the initiative of Russia, China, Saint Vincent and the Grenadines, Niger, and South Africa, TASS reported.

“Illegal restrictive and punitive measures imposed by the United States and the European Union pose serious threat to international peace and security and impair the humanitarian situation in the Middle East, Africa, Latin America and Europe,” the Russian diplomat stressed.

“As a next step, the United Nations member states and the organization’s agencies may consider our initiative to involve UNN regional coordinators to monitor impacts of unilateral sanctions on economic revival of countries after the pandemic,” Nebenzya added.

Russian President Vladimir Putin called on Group of Twenty leaders to impose a moratorium of various restrictions against countries most hit by the coronavirus pandemic. In a video address to the United Nations General Assembly in September, the Russian leader once again drew attention to this initiative, saying that “green corridors free from trade wars and sanctions” were badly needed.