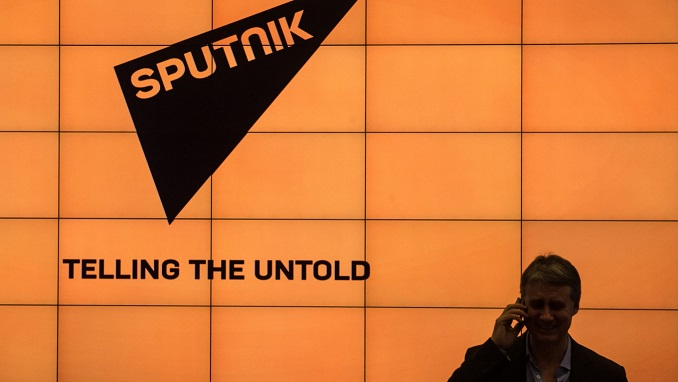 Sputnik began broadcasting from its Edinburgh studio in August 2016, the same year that U.S. intelligence agencies accused it and the RT news channel of participating in an influence campaign to sway the U.S. presidential election. Members of Scotland’s ruling party criticized its launch as a “tool for disinformation.”

Sputnik, which broadcasts in more than 30 languages online, said in a statement that it was moving Britain-based activities to the United States and Russia as part of a reorganization ordered by its Russian parent company.

“The international edition in English will now be handled by the Sputnik offices in Washington and Moscow,” Sputnik said in a statement.

“The coverage of developments in the United Kingdom will continue as normal.”

Britain’s The Times newspaper reported that the abrupt closure came as a surprise to Sputnik’s estimated 20 staffers who will be made formally redundant as of April 5.

It quoted an unnamed source familiar with the situation in Britain as saying that the news agency raised concerns toward the “increasingly hostile” political environment in the UK.

Sputnik and RT have operated under the state-run Rossiya Segodnya media conglomerate’s umbrella since a 2014 restructuring seen as a Kremlin attempt to further tighten its grip on the media.

The United States in 2018 ordered Sputnik and RT to register as foreign agents under its anti-Nazi propaganda law, prompting Russia to retaliate with a foreign agents law of its own.

goanime pe That Time I Got Reincarnated as a Slime