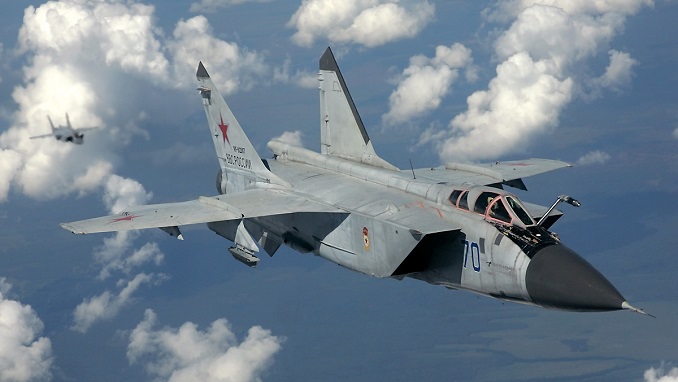 After the NATO planes turned away from the Russian border, the MiG-31 returned to the home airfield.

The center underscored that the sortie was performed in strict compliance with the international air law.

This was the second MiG-31 sortie to intercept targets over the Barents Sea conducted on Thursday. Earlier, another MiG was scrambled to drive a Norwegian Orion patrol plane away from the Russian border.