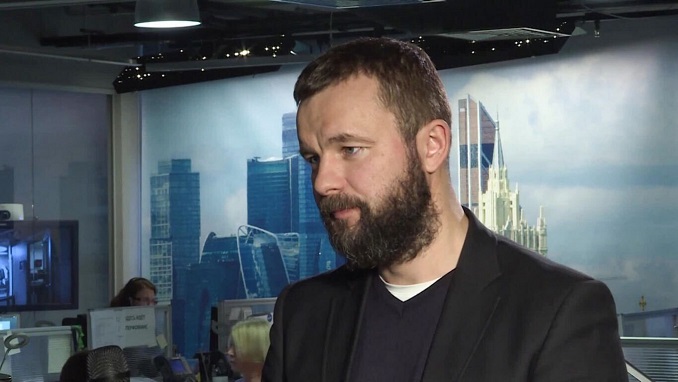 The authorities in Belarus have moved to house arrest a high-profile American political analyst and strategist held for over two-and-a-half months in jail as President Alexander Lukashenko cracks down on opponents, his lawyer said on Monday, as reported by The Moscow Times.

Vitali Shkliarov, a Harvard University fellow who has advised presidential candidates in the U.S., Russia and Ukraine, was detained on July 29 ahead of Aug. 9 presidential elections that Lukashenko claims to have won but which the opposition says were rigged.

“I managed to speak to Vitali, he has been transferred to house arrest,” his lawyer Anton Gashinsky told AFP.

Shkliarov was one of a group of detainees who earlier this month met Lukashenko in a bizarre meeting conducted inside the KGB security service prison where they are being held.

The Belarusian opposition’s Coordination Council said on Monday that its member Liliya Vlasova — who was also present at the prison meeting — had also been released from detention and moved to house arrest.

The Coordination Council added that “only the release of all political prisoners” could help achieve a settlement of the political crisis.

Shkliarov, who was born in the Belarusian city of Gomel, worked on both Barack Obama’s and Bernie Sanders’s presidential campaigns.

He has been charged with organizing actions violating public order.

The election was followed by a remorseless crackdown on the opposition, with all the main challengers to Lukashenko either being arrested or leaving the country.

Protests against Lukashenko have persisted, despite a police threat to open fire on the demonstrators.

U.S. ambassador to the Organization for Security and Cooperation in Europe (OSCE), James Gilmore, had earlier this month called for Shkliarov’s immediate release and complained that he had been subjected to “extreme psychological pressure and physical abuse.”

His wife Heather Shkliarov, an American diplomat preparing for a posting to Kiev, had also expressed grave concern about his health in a statement quoted by U.S. media in September.

Shkliarov had been actively commenting on the situation in Belarus ahead of the election. Writing in the Russian version of Forbes in July, days before his arrest, he said Lukashenko’s election campaign was based on “populism and crude force.”

Opponents of Lukashenko say the true winner of the polls was Svetlana Tikhanovskaya, who has since taken refuge in neighboring Lithuania.

Belarus authorities had accused Shkliarov of working for an opposition hopeful in the election campaign but U.S. officials and his family have said he was simply targeted for speaking out against Lukashenko.

Lukashenko’s Oct. 10 meeting with his jailed opponents intrigued observers, who wondered if it marked a more conciliatory approach by the strongman. However, security forces are still cracking down on protests.

The most prominent jailed figure present at that meeting was former banker Viktor Babaryko, once considered Lukashenko’s most serious rival in the poll campaign, but who was arrested in the run-up to the election. He remains in prison.

One key figure not present at the prison meeting with Lukashenko was Maria Kolesnikova, a close ally of Tikhanovskaya. Belarus opposition media reported that she had turned down the invitation.

Russian Companies Complying with Western Sanctions Could Be Penalized at Home