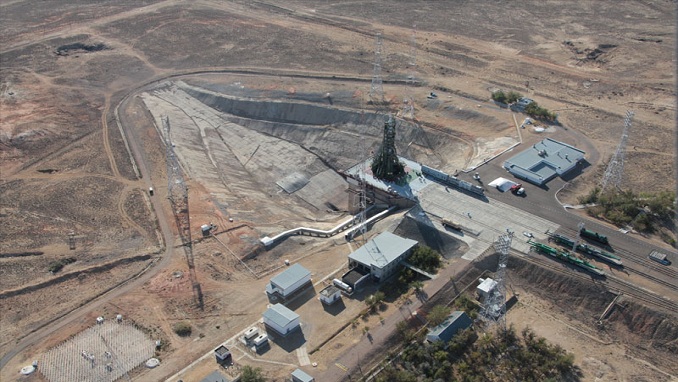 The lower house of the Kazakh parliament on Wednesday approved the amendments to a Kazakh-Russian agreement on building the Baiterek space rocket complex at Baikonur Cosmodrome, state news agency Kazinform reported.

Russia will carry out the production of Soyuz-5 carrier rocket, testing equipment, modernization technical complexes and upgrading spacecraft, which will cost about 916 million U.S. dollars, Zhumagaliev said in parliament.

He added the original plan was to build a launch pad for Angara rockets, but due to multiple delays, the two countries decided to cooperate on launching the Soyuz-5 medium-lift rockets.

Zhumagaliev said the Baiterek project will help the Baikonur Cosmodrome maintain its leading position, and promote strategic partnership between Kazakhstan and Russia in space area.

According to Tass, the Baiterek project is scheduled to be implemented from 2020 to 2023. On August 22, 2018, Kazakhstan and Russia signed a protocol on the amendments and supplements to the bilateral agreement of December 22, 2004. The two sides agreed to build the Baiterek launch complex for Soyuz-5 at Baikonur.