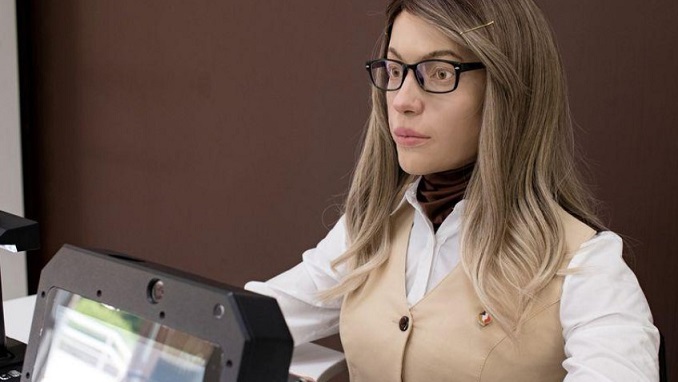 A human-like robot designed to look and act like a female clerk has started providing services to the public at a government office in Siberia, Reuters reported.

The humanoid, with long blond hair and brown eyes, is serving customers in Perm, a city 1,100 km (680 miles) east of Moscow.

So far it only helps with issuing certificates to testify that people have a clean criminal record and no record of drug use, documents required in Russia to complete various legal transactions.

The robot has been designed to look like an average Russian woman, the company behind the project Promobot said. Its facial features were generated by artificial intelligence based on analyzing the appearance of several thousand females.

The robot, which wears the registry office uniform of white shirt and brown waistcoat, can recreate more than 600 human facial expressions by moving its eyes, eyebrows and lips and other mechanical muscles covered with artificial skin, Promobot said.

The robot can ask and answer generic questions and is connected to a scanner and a printer. It also has access to a document database and fully replaces a registry office employee, the head of the registry office, Leonid Gromov said.

Russia and Turkey to Hash Out Differences over Syria