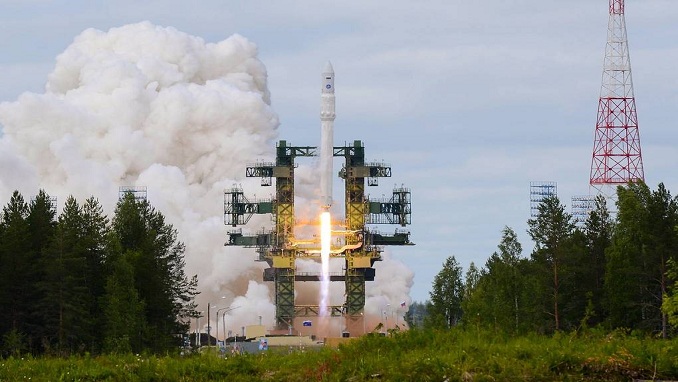 This year’s first launch of Gonets telecoms satellites atop a Soyuz-2.1b carrier rocket has been scheduled for September 20, a source in the Russian space industry told TASS on Friday.

“September 20 has been tentatively scheduled for this year’s first launch of Gonets satellites,” the source said adding that the satellites would be launched atop a Soyuz-2.1b carrier rocket from the Plesetsk spaceport in northern Russia.

CEO of Gonets Satellite System Company Pavel Cherenkov said in mid-May that until now Gonets communications satellites were launched from the Plesetsk spaceport in northern Russia atop outdated Rokot rockets created under the program of converting intercontinental ballistic missiles.

The Gonets is Russia’s low-orbit satellite communications system designed for the global exchange of various types of information with mobile and stationary facilities, and for organizing re-broadcasting channels for various purposes. The system allows transmitting Glonass coordinate data from a mobile post to remote monitoring and communications centers, irrespective of a subscriber’s location.

The Gonets next-generation satellite system will offer communications, including telephone services, in hard-to-access places, including the Arctic, and provide infrastructure for the Internet of things. In a perspective, it will allow transmitting data online from any objects, including mobile. The orbital grouping is expected to comprise 28 satellites in low near-Earth orbit.

Zakharova Urges US to Refrain From Interfering in Domestic Affairs of...