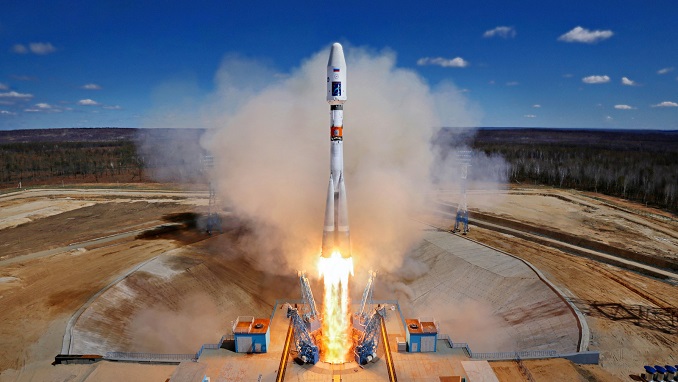 The Plesetsk spaceport in northern Russia will be able to conduct up to 20 launches of the latest Angara carrier rockets annually after the works planned before 2025 are completed, Defense Minister Army General Sergei Shoigu said on Tuesday, TASS informed.

“The fulfillment of the works for creating the Angara space rocket compound planned before 2025 will make it possible to carry out up to 20 launches of Angara light and heavy carrier rockets annually and to ensure Russia’s guaranteed independent access and permanent presence in outer space,” the defense chief said while inspecting the Angara space rocket compound’s readiness for launches and hearing the reports by the command of the Aerospace Force.

The Angara universal launch compound includes over 130 structures and more than 50 technological systems, according to the Defense Ministry’s data.

The Angara is a family of next-generation Russian space rockets. It consists of light, medium and heavy carrier rockets with a lifting capacity of up to 37.5 tonnes. The new family of rockets uses environmentally-friendly propellant components. So far, Russia has carried out only two Angara launches, both of them from the Plesetsk spaceport: a light Angara-1.2PP blasted off in July 2014 and its heavy version lifted off in December 2014.