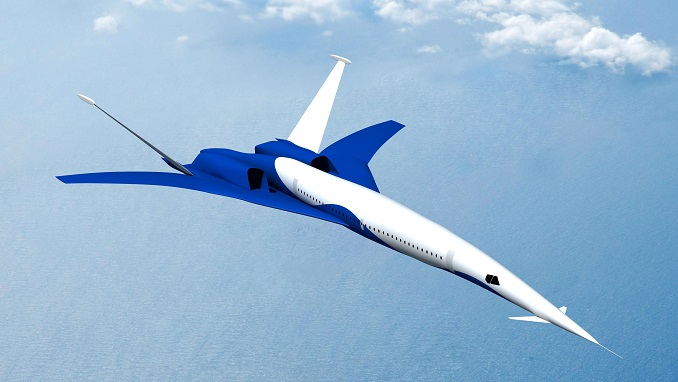 Russia’s Central Aerohydrodynamic Institute’s (TsAGI) proposal for a dedicated research and development center, which would concentrate on low-boom supersonic technologies, has won competition for state funding for a “national scientific project” held by the country’s Ministry for science and higher education, Rusaviainsider.com reported.

The so called “world class scientific center” (abbreviated to NTsMU in Russian) dubbed Sverkhzvuk (‘The Supersonic’) has become one of ten finalists – selected out of 60 submitted proposals – eligible for state grant of 1.4 billion roulbles ($18.4 mln).

According to TsAGI’s official release, the aim of NTsMU Sverkhzvuk is to “form the national fundamental knowledge base required for development of key technologies of supersonic passenger aircraft.” The institute’s research will focus around aerodynamics and concept design of a supersonic aircraft with low sonic boom, aeroacoustics and vibrations, structural integrity and intelligent design, gas dynamics and powerplant, use of artificial intelligence and flight safety, according to the release.

Sverkhzvuk is expected to come up with “disruptive results in unconventional aircraft configurations and data interface using augmented reality”, backed by expertise and intellectual capacities of its founders, which, besides TsAGI include Zhukovsky Gromov Flight Research Institute, Moscow State University, state research institutes for engine technology and aircraft systems, and other leading Russian institutions. The ultimate goal at this stage is to develop a demonstrator for a supersonic passenger airliner.

In his recent interview to RBC outlet, Anatoly Serdyukov, who oversees the aviation cluster within the Russian state-run technology giant Rostec, revealed that the next generation supersonic airliner will be created as “an independent product for a new market niche.” The project will receive initial state financing of 1.4 bln roubles, but the total amount of financial injections required to bring it to the market may only be identified “after the research is done.” According to Serdyukov, the supersonic model is more likely to be a business jet than a commercial airliner. “In line with different estimates, the global demand for supersonic business jets may be around 400 units with value between 30 and 50 billion dollars. So the niche is there, and it’s a substantial one,” he said.

“We shouldn’t underestimate the task. It’s not just building the next passenger aircraft. We are facing a number of serious technological challenges. For instance, comfortably overcoming the sonic boom, or the heat balance during prolonged supersonic flight, so there are new requirements for engines, materials and so on. It’s a new frontier in technological development of the entire aerospace industry and beyond,” he concludes.

Russia’s “world class scientific centers” or NTsMU project is aimed at identifying the priority paths of scientific and technological development. The total amount of financing for at least nine such centers, each founded by a consortium of Russia’s top scientific institutions in their respective industries, in the period between 2020 and 2024 will be 15.46 bln roubles ($205 mln).