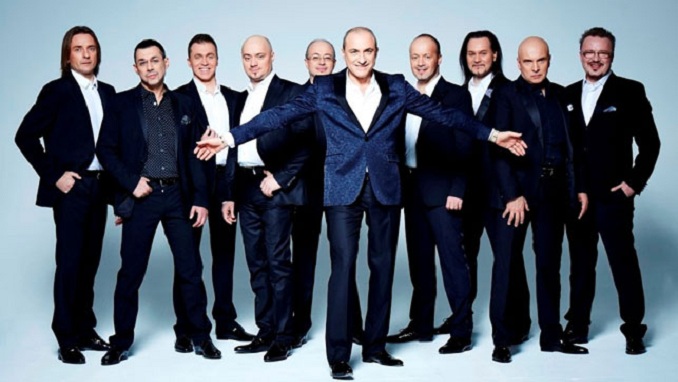 The musical show, staged for the airport’s employees, guests and passengers, constituted a symbolic opening of a tour by the groups of European capitals of Europe called “Victory Songs” (Unity Songs), held in honor of the Year of Remembrance and Glory.

Russian President Vladimir Putin announced the Year of Remembrance and Glory in the country in 2020 in honor of the 75th anniversary of the victory in the Second World War.

Immediately after the concert, the artists went on a tour of the principal cities of Europe. The Victory Songs project, featuring the Turetsky Choir and the SOPRANO art group, will be presented in Austria, Germany, Hungary, Slovenia, Slovakia and Italy in September as live concerts held in central squares of the capitals.

Victory Songs is a Moscow Government project supported by the Ministry of Foreign Affairs of the Russian Federation and the Common Business Charitable Foundation. Additional information is available at https://www.unitysongs.moscow/.

“It is very symbolic that the first concert of the Victory Songs Project, held under the slogan Music for Peace and Health, was held in the hospitable environment of Sheremetyevo Airport,” said Anna Zakharenkova, Public Relations Director of JSC SIA. “Sheremetyevo is one of the most unexpected and sought-after art venues in Moscow. As you know, art helps people prevail over any difficulties. Therefore, our humanitarian mission as the largest airport in Russia is to promote and demonstrate the best examples of Russian popular and classical art to passengers from all over the world.”

In 2017-2019 the “Victory Songs” (Unity Songs) project performed in 14 countries and 17 cities on two continents, attracting a live audience of more than 1,000,000 and 15,000,000 online viewers. This project is aimed at preserving the connection between times and generations. “Victory Songs” were first sung in Moscow on Poklonnaya Hill in 2015 as part of the celebration of the 70th anniversary of Victory, before an audience of 105,000. In 2017, the project went international with a performance on Berlin’s Gendarmenmarkt Square, a kilometer from the Reichstag, gathering a live audience of about 20 thousand and 8 million online views.

Sheremetyevo Airport places a priority on creating a favorable and hospitable atmosphere for passengers and guests. Success in this area has been confirmed through independent surveys, allowing Sheremetyevo to maintain its status of the best airport in Europe in terms of the quality of passenger service.