“Within the context of executing the program for refining and developing the Russian system of monitoring outer space, Russia’s Space Forces are pressing forward with the endeavor to build a new generation of specialized ground-based monitoring systems of outer space. By 2025, Russia will have deployed more than 12 new laser-optical and radio-technical systems based on various detection and identification principles for space objects “, according to the Defense Ministry.

In the Altai Region, the first laser optical system of a new generation has gone into battle. Currently, the troops of the German Titov Main Test Space Center operate more than 300 new or improved space satellite control systems.

In addition, research on next-generation command and measurement systems is underway.

“The commissioning of unified command and measurement systems will enable Russia’s orbital group of satellites to shift to new technologies of control and significantly decrease the list of earlier generations of control systems on duty,” the Defense Ministry stated.

Every year on October 4, Russia’s Space Forces observe a professional holiday. On this day in 1957, the first satellite was launched from the Baikonur space station, ushering in the space age. 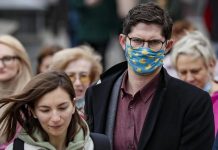