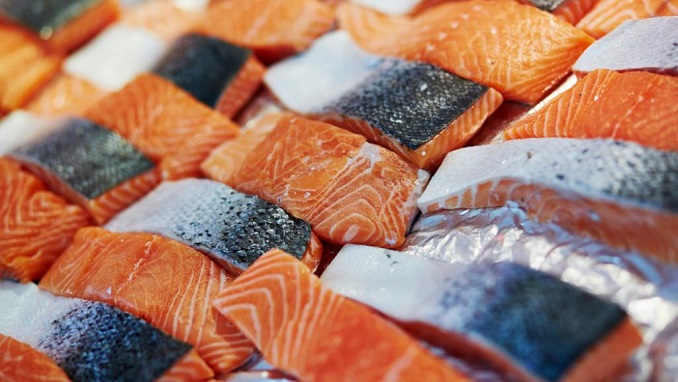 Russia’s production of salmon and trout is turning the country into a global player as farms are springing up around the nuclear submarine and missile bases on the Kola Peninsula, near Norway, Fish Farmer Magazine reports.

Ilja Sosnov, director of the biggest salmon company, Russian Aquaculture, has said that the salmon and trout produced in the Kola region are as good as the products from Norway. He also revealed that his company, which is currently serving the home market, will soon be rivalling the likes of Mowi and Lerøy on the global stage.

“Our fish is fully capable of competing with what is produced by our neighbours,” Sosnov recently told Norwegian national broadcaster NRK.

NRK says that several fish farm plants have already been built on the fjords in and around the Kola Peninsula and more are being planned. What makes the region interesting is that it is home to Russia’s Northern Fleet, its most important and secret military base.

Nikita Paderin, vice president of Russian Aquaculture, told the broadcaster that his company has already started selling on international markets and at international prices.

“We have a high class product, and now we plan to export,” says Production director Viktor Davydov.

In its first half financial results for 2019, published in August, the company reported a record performance and said it could increase production to 30–35,000 tons per year by 2025.

Russian farming companies began developing big time on the Kola Peninsula after the West imposed sanctions in retaliation for the Kremlin’s annexation of Crimea four years ago. Moscow responded by banning Norwegian fish. Since then, however, there has been greater cooperation between the salmon sectors of Norway and Russia.

Just last month it was announced that Russian Aquaculture, which farms 20,000 tons a year in the Murmansk region, has bought a four-line de-licing barge from Norway’s FSV Group.

And at the Aqua Nor exhibition in Trondheim in August, Russian Aquaculture’s deputy director, Yuriy Kitashin, told a seminar about his company’s dependence on Norwegian technology and expertise. “We don’t invent anything new in salmon aquaculture in Murmansk. We mostly conduct Norwegian methods of aquaculture and most of the equipment that we use comes from Norway,” Kitashin said.

Western Investors in Russia Shocked by Arrest of U.S. Businessman