When Russia annexed Crimea in 2014, the European Union responded by imposing sanctions against the country. In a retaliation move, Russian president Vladimir Putin issued a ban on food imports from the European Union.

As a result of the ban, Russian businesses were forced to adjust and came up with the policy of “import replacement” – foreign products that are no longer available for import are instead reproduced on Russian territory.

Among the goods that disappeared from Russian shop shelves were French cheeses, and it is here that Russian businessmen saw an opportunity to fill the gap, Euronews reports.

In 2016, Some 1000 goats were brought to a dairy farm in Verkhnyaya Pyshma, in the Sverdlovsk region. Within 18 months, the farm, which belongs to the UGMK-Agro agricultural company, had almost doubled the size of its herd. Today, there are now more than 1800 goats grazing on the farm thanks to the efforts of local farmers.

So what effect have the sanctions and counter-sanctions had on the Russian economy?

“The situation has become more favorable for the producer, but it has worsened for the consumer,” says senior lecturer-economist Oleg Shibanov.

“Prices have grown, but I think, in the long run, the effect on the Russian economy is still positive.”

Today, UGMK-Agro aims to produce 600kg of cheese every day. But in practice, they want to produce much more. The head of the project is convinced that cheese production will remain profitable in Verkhnyaya Pyshma, even if French cheese finds its way back to the Russian market.

“We will continue with the production. It will not be affected once sanctions have been lifted. That was originally included in our business concept,” says UGMK-Agro CEO Ilya Bondarev. 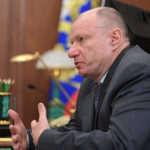 The president of metal giant Norilsk Nickel and Russia's richest man, Vladimir Potanin, has seen his fortune reduced by $4.1 billion after two environmental...

Russian President Vladimir Putin on Tuesday signed a long-awaited law, streamlining the process for a foreigner to obtain Russian citizenship, as the country seeks...

A human-like robot designed to look and act like a female clerk has started providing services to the public at a government office in...

Trade turnover between Russia and China dropped by 5.6% in January-June period of 2020 year-on-year to $49.15 billion, according to the data released by...

Russia on Tuesday reported 6,248 new cases of the novel coronavirus, pushing its confirmed national tally to 739,947, the fourth largest in the world,...