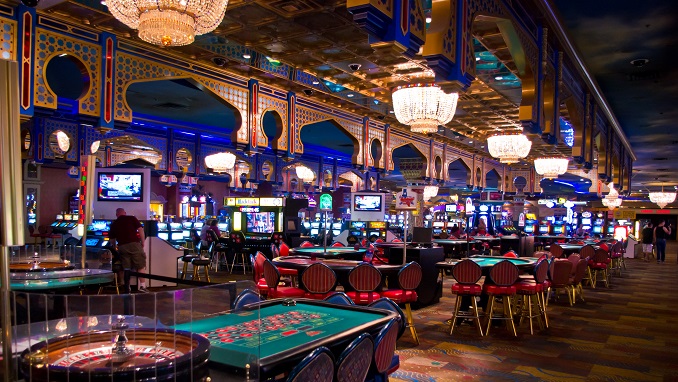 A large casino zone will be opened in the Black Sea Crimea peninsula next year, according to the Moscow-appointed head of the region Russia annexed from Ukraine in 2014, Sergey Aksenov.

He said the project, which was first announced in 2014, has now been given the green light. The opening of the Las Vegas-style is scheduled for September next year, Aksenov said, according to RT.

Gambling has been banned in Russia since 2009. Still, casinos are allowed in four gaming zones, and according to the plans, Crimea will become the fifth such area. Many underground and online casinos have been closed since the ban.

“We are sure that the gambling zone will become a kind of attraction point that will allow to build advanced infrastructure around it,” Crimea’s economy minister, Andrey Melnikov, said in October. “Obviously, the key revenues will be not from casino itself, but from hotels, restaurants, shops, which will be built around this core.”

The gambling zone in Crimea was first announced in 2014 after Russia annexed the region in early 2014. The peninsula, Ukrainian territory since 1954, is now administered by two Russian federal subjects—the Republic of Crimea and the federal city of Sevastopol. The annexation was accompanied by a military intervention by Russia that took place in the aftermath of the 2014 Ukrainian revolution and was part of wider unrest across southern and eastern Ukraine.

According to various estimates, the government will raise up to $500 million a year from the casino zone plan.