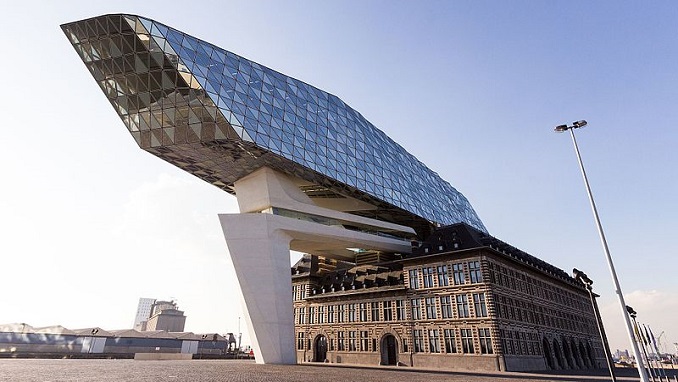 A masterplan competition for the coastal city of Novorossiysk was awarded to Zaha Hadid Architects (ZHA), the studio announced, according to Arch Daily.

ZHA teamed up with Russian practice Pride TPO to compete for the Admiral Serebryakov Embankment competition and was selected out of 40 teams from 13 countries. Miralles Tagliabue (Spain) with Progress (Russia) won second place, while third place went to Rudy Riccotti (France) with ProjectService (Russia) and JNC (Belgium).

Novorossiysk is home to Russia’s largest shipping port and connects the country to the Mediterranean Sea, Atlantic Ocean, and Suez Canal.

The 13.9-hectare phased masterplan combines work and play in nine buildings planned to be “nine iterations of a single form, evolving in a gradient across the project site. The configuration of each building is established according to its unique function, conditions, and requirements,” ZHA explained.

The masterplan will feature new public spaces and facilities that can accommodate global and academic conferences, trade fairs, and outdoor recreational and athletic spaces that locals and visitors alike can enjoy. The first phase of the masterplan will focus on civic, cultural, and corporate event facilities and a hotel.

According to ZHA, the approximately 300,000 square-meter development “simultaneously considers multiple iterations including program, orientation, environment, height, and volume. This parametric model enables designers and stakeholders to accommodate the functional, economic and other time-related fluctuations that influence each new phase of development while also maintaining the overriding architectural vision.”