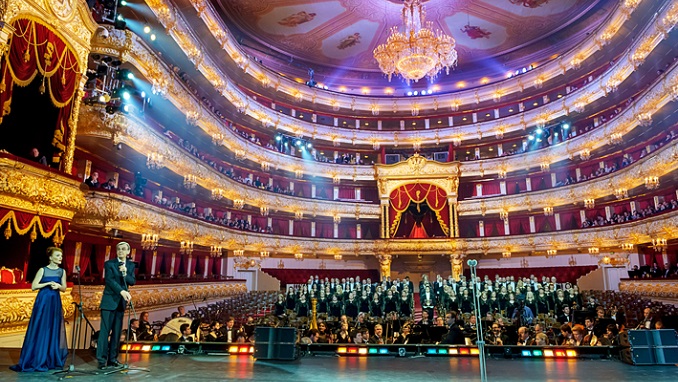 Residents of Moscow will be permitted to visit the theater again from Aug. 1 for the first time in more than four months, authorities said on Wednesday as coronavirus infections in Russia edged past the 700,000 mark, Reuters reported.

Theater audiences at 50% capacity will be allowed, President Vladimir Putin’s special representative for international cultural cooperation Mikhail Shvydkoy was quoted as saying by the TASS news agency. Shvydkoy added that he hoped this percentage could be increased by September.

Russia’s nationwide case tally stood at 700,792 as of Wednesday, the fourth highest in the world after India, Brazil and the United States, while 10,667 people have died from the virus, according to official data.

However, since measures meant to slow the spread of the virus began to be eased in May, the number of new cases recorded each day has been on a downward trend. Russia says 472,511 people have recovered from the virus.

Some businesses returned to work in May, following a nationwide non-working period in April, while in Moscow, the epicenter of Russia’s outbreak, the phased reopening of shops, restaurants and gyms came in June.

On Wednesday, Kremlin spokesman Dmitry Peskov said the country’s coronavirus situation was leaning towards improving and that there was cause for more optimistic forecasts.

Russia suspended the use of all Aventa-M ventilators produced at a factory near the Ural mountains while an investigation by the regulator, Roszdravnadzor, into the cause of the two fires at hospitals treating patients for the novel coronavirus was ongoing.

Roszdravnadzor said it had discovered some small violations, as well as discrepancies between the product and its operational and technical documentation.

Putin Pushes for More Integration with Belarus after Election Unrest