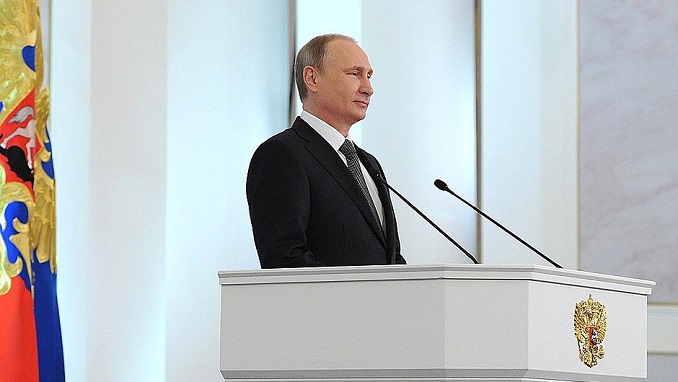 The United States is hurting global trade and eroding stability for using pressure and sanctions to maintain its economic supremacy, Russian President Vladimir Putin has said on Friday, according to EADaily.

Speaking Friday at the St. Petersburg International Economic Forum (SPIEF), the Russian leader said Washington has turned the dollar into an “instrument of pressure,” which is damaging to U.S. interests and undermines trust in the greenback worldwide.

Putin said the U.S. attempt to “spread its jurisdiction to the entire world” challenges the global order. In some of his strongest words on the subject, Putin accused Washington of “unbridled economic egoism”. He singled out U.S. efforts to thwart a Russian gas pipeline to Europe and a U.S. campaign to persuade countries to bar Huawei, the world’s biggest telecoms equipment maker, from supplying network gear.

Sitting aside Chinese President Xi Jinping at the forum’s panel, Putin said that Washington’s action against Chinese telecom giant represented an attempt to “blatantly squeeze it out of the global market,” marking “the first technological war of the digital era.”

China’s Xi struck a more conciliatory tone, calling for world powers to protect the global multilateral trade system. Speaking through an interpreter, he said it was “hard to imagine a complete break” between the United States and China.

Herd Immunity to Coronavirus to Be Reached no Earlier Than End...