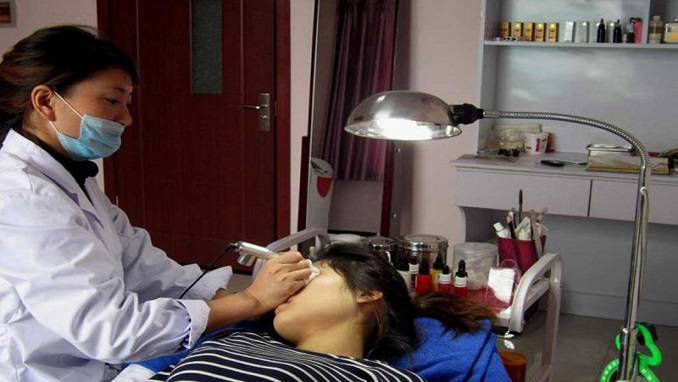 A surging number of Russian tourists visiting China are visiting Chinese dental clinics in the border city of Hunchun, where tourists have been going for less expensive dental services, leading to a boom in the local dental business, Global times reports.

“Dental clinics in Hunchun have an excellent reputation in my hometown. Visiting China for dental treatment is becoming more and more popular,” said a patient from Vladivostok who identified himself as Vitaly.

At 8 am on Tuesday, a dozen Russians were already waiting at a dental clinic in the city in Northeast China’s Jilin Province. Some arrived after taking a bus from Vladivostok not far away, while some flew across the Okhotsk Sea from Kamchatka.

Vitaly and his wife Sveta joined a medical tour group, which costs 200 yuan ($30) per day excluding the medical bill, and took less than a week to have five teeth implanted.

“We spent 30 percent less here than in Russia,” said Sveta, who was also content with China’s medical efficiency. “Compared with China, Russia has fewer dental clinics, and it takes much longer to get treatment, sometimes even half a year,” she said.

Boosted by the influx of Russian medical tourists, the number of private dental clinics and hospitals in Hunchun has risen to over 70 from only about 10 a decade ago, according to Shen.

Ma Fenglong, who runs a dental clinic in Hunchun, has 14 file cabinets containing Russian patients’ medical records in his office.

Ma’s clinic has received about 50,000 Russians since 2011 – one-third of his patients – and the booming business prompted him to hire two Russian-speaking receptionists two years ago.

“It’s common for us to meet Russians on the streets of Hunchun, and now we also meet each other in clinics where we’re building a stronger connection,” said Ma.

According to Shen, Hunchun has set up a foreign affairs service center and hired professional Russian interpreters to better protect the rights of foreign tourists and consumers.

“We are considering to offer comprehensive services combining traditional Chinese medicine, rehabilitation and tourism to further tap into the international market,” Shen said.

China Is Open For Russian Products