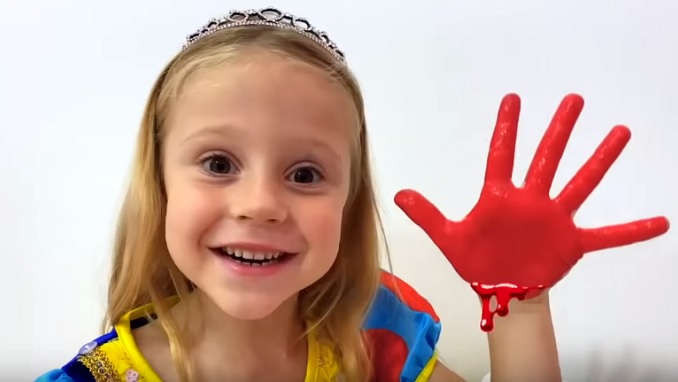 At just 6 years old, Anastasia Radzinskaya has made the Forbes list of high-earning YouTubers once again, The Moscow Times reported.

Hailing from southern Russia, Radzinskaya broke the internet with her videos of unboxing toys, visiting amusement parks and having play-dates.

She ranks in 7th place on this year’s Forbes ranking with estimated earnings of $18.5 million, a four-spot drop from 2019 when she came in third with earnings of $18 million. Much of her earnings come through partnerships with brands like Legoland and Dannon, Forbes said.

Radzinskaya, who goes by Nastya, was born in the city of Krasnodar, where doctors diagnosed her with cerebral palsy; her parents feared she might not be able to talk. She and her parents eventually moved to Florida and entered the lucrative world of children’s YouTube — to massive success.

Most of her videos feature her father Yuri. Nastya also has 3 million followers on TikTok and is planning to launch her own licensing program, according to Forbes.

Nine-year old Ryan Kaji outearned Nastya once again this year by bringing in between $29.5 million and $12.2 billion from June 2019 and June 2020, according to Forbes estimates. Kaji has been named the highest earner on YouTube by Forbes for two years in a row.

This year, even some adults making kid-oriented videos appeared on the Forbes list. Thirty-two-year-old Stevin John, who goes by the nickname Blippi on YouTube, came in eighth place right after Nastya on the list.

Poll Shows 1 in 5 Young Voters Would Vote for Putin

Russian Soybeans in Demand as China-U.S. Trade War Rages On